If one didn’t know better, the names of attractions at Lassen Volcanic National Park could be a deterrent, names such as Bumpass Hell, Devil’s Kitchen, and Boiling Lakes.

From the Bumpass Hell trailhead, it’s about 1.3 miles to this large hydrothermal area. You’ll know you are getting near when the strong rotten egg (sulfur) odor invades your nostrils. This area was named after Mr. Bumpass who lost his leg in 1865 when he broke through the surface of a scalding hot mud bank in an active geothermal area. 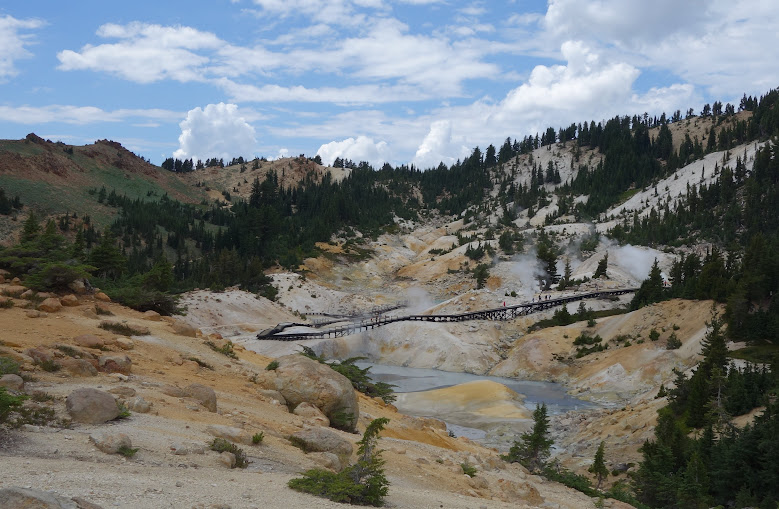 Continuing down the trail, Cold Boiling Lake will be reached in 1.9 miles. 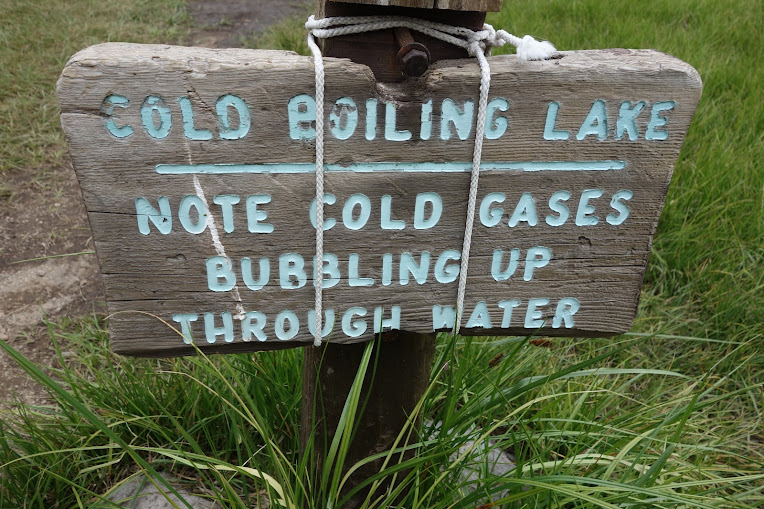 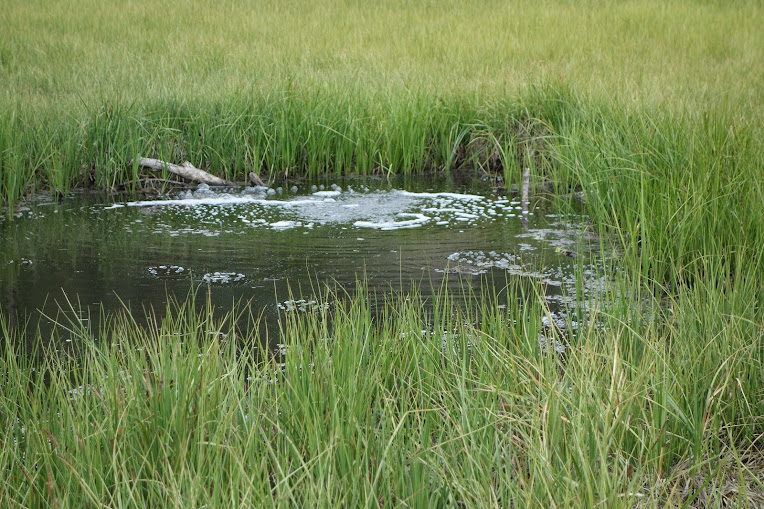 Hard to call this a lake (Cold Boiling Lake) 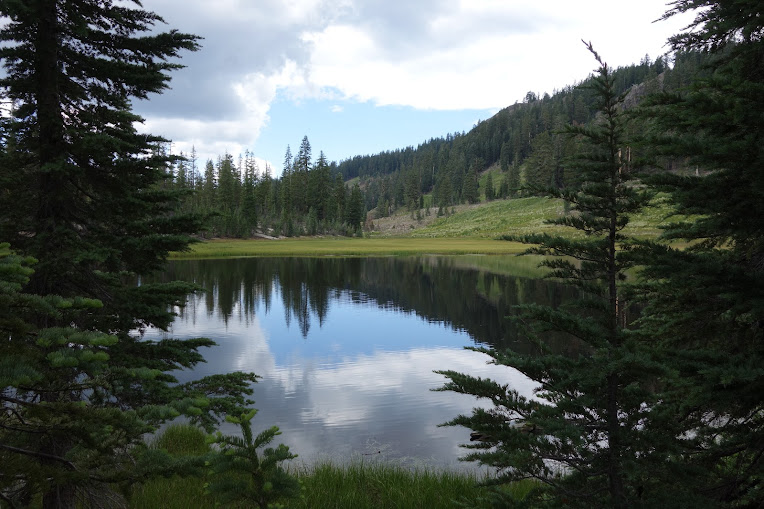 The first body of water seen while hiking down to Cold Boiling Lake is Crumbaugh Lake. 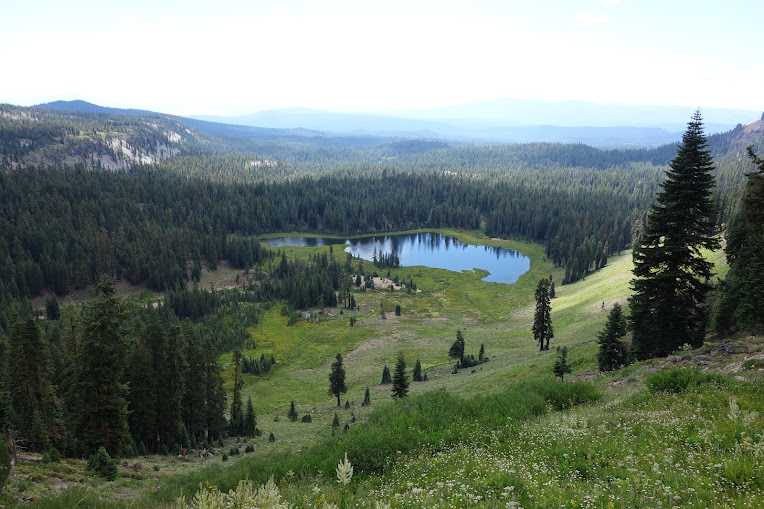 The wildflowers were blooming along the trail between Bumpass Hell and Cold Boiling Lake. 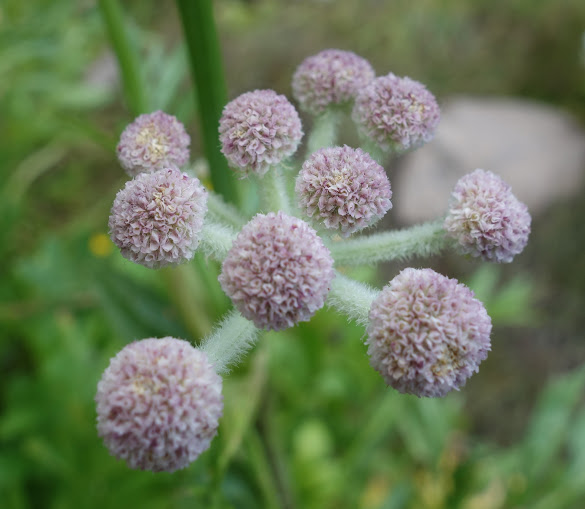 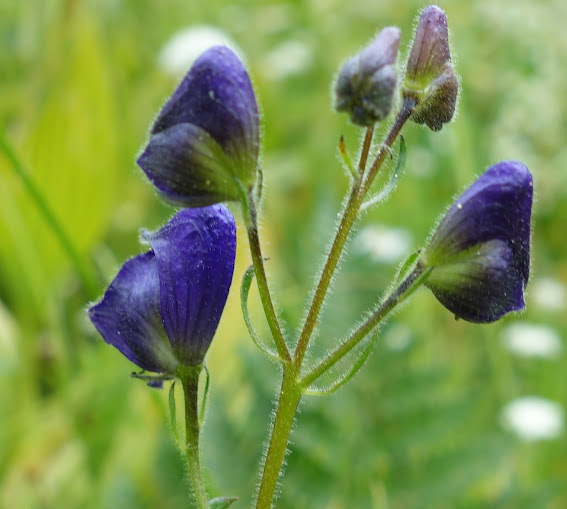 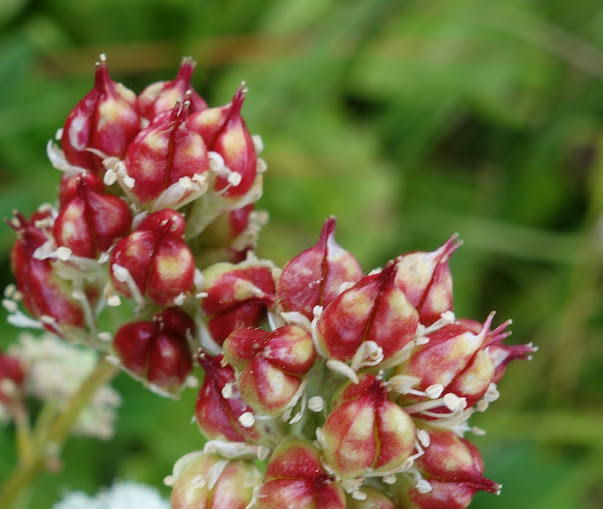 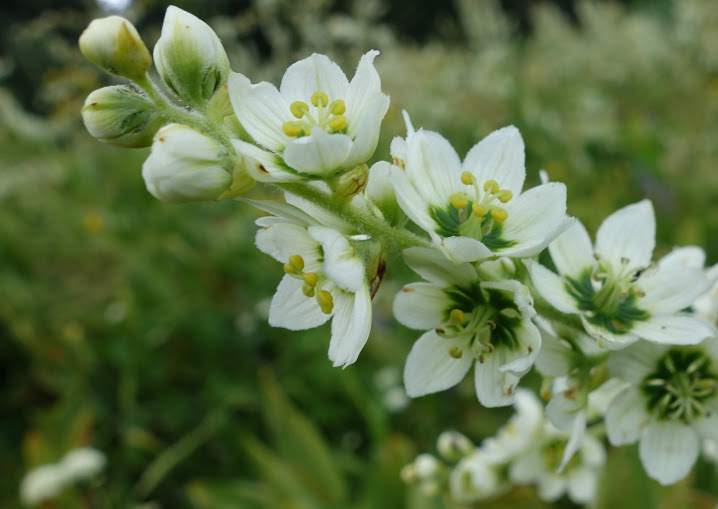 This huge active bee’s nest was using a corn lily as it’s host. 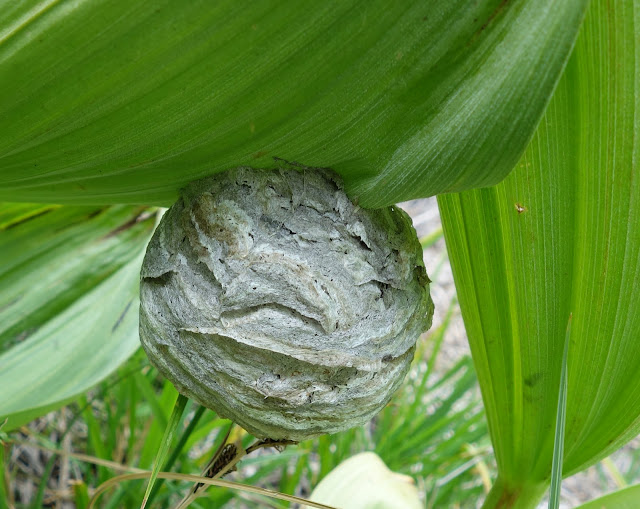