I had my fall itinerary planned for Colorado. The universe had other plans. I ran from the Tetons as wildfire smoke overwhelmed this asthmatic. I cruised south hoping for an escape from the haze and heavy particulates.

First stop was Rocky Mountain National Park. I drove the Old Fall River Road to the Alpine Visitor Center at 11,796′ in hopes of finding clear air. But alas it was not meant to be.

I’d stopped in the Medicine Bow Mountains the previous night and enjoyed a few hours of reprieve.

Heading south out of the park, I saw some touring cyclists whom I’d met in Pinedale a few days previous. At that time they were heading south, but it appeared they’d flipped and were now heading north. I wouldn’t want to ride or hike in these conditions.

Not a good day for flying in a balloon either.

As I continued to try to outrun the smoke, I found some clear air at McClure Pass south of Carbondale.

Watching the aspen show off their autumnal colors was on my list for this fall. At least I found aspen. Too bad Colorado wasn’t playing nice.

Near Black Canyon of the Gunnison National Park, I found  . . . yes smoky skies that gave me a colorful sunset.

The moon glowed orange as it rose, although I wasn’t able to capture the color in this photo.

As the sun rose the next morning, it was apparent my day was going to be smoky. After seven straight weeks of hiking and spending my days and nights outdoors, I was feeling like a caged lion.

Since I was already within a few miles of the Black Canyon of the Gunnison National Park, why not gather some literature and get a quick introduction? I’d seen comments and photos from others saying how surprised they were and that this park became one of their favorite stops. 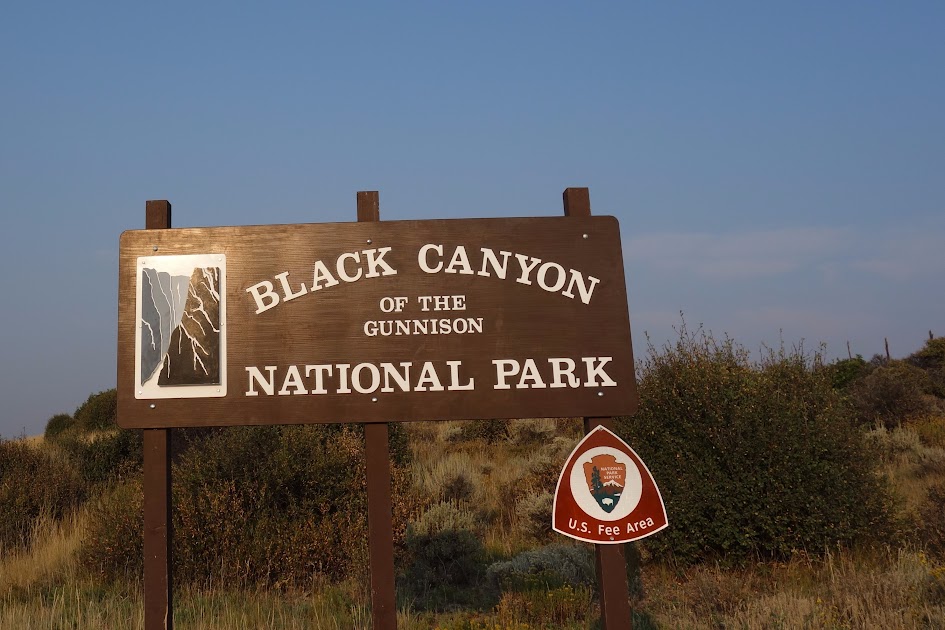 I stopped at the North Rim Ranger Station. The ranger suggested I walk the Chasm View Nature Trail. 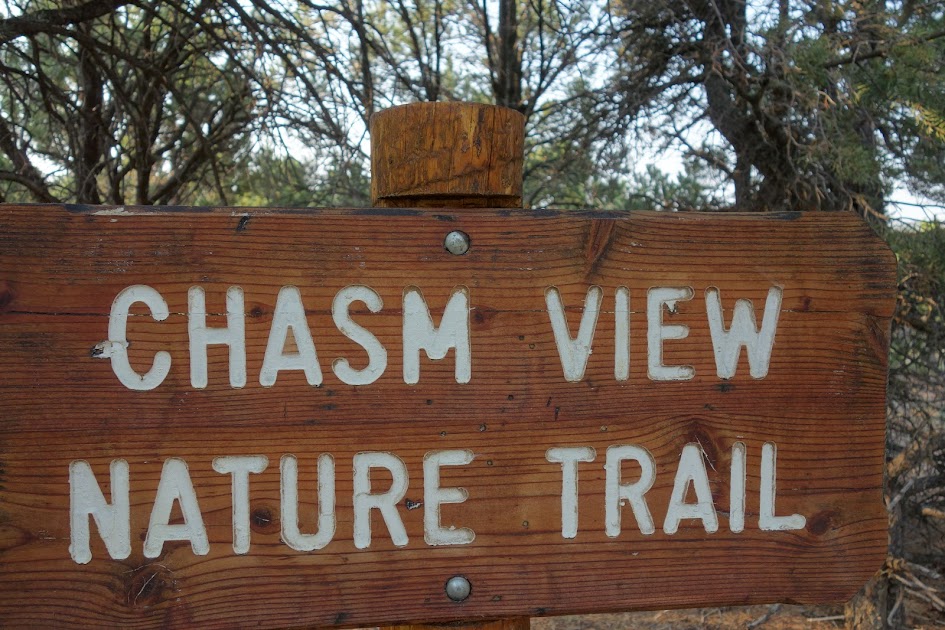 I was glad it was a flat very short trail. The provided interpretive guide was well written and informative. From rim to rim the canyon measures 1,100 feet; from rim to river it’s 1,723 feet; and, the rock is a mere 1.7 billion years old. I liked this place and will return in the future. The campground on the north rim is nice and there is so much geology to explore. I didn’t even go to the south side. 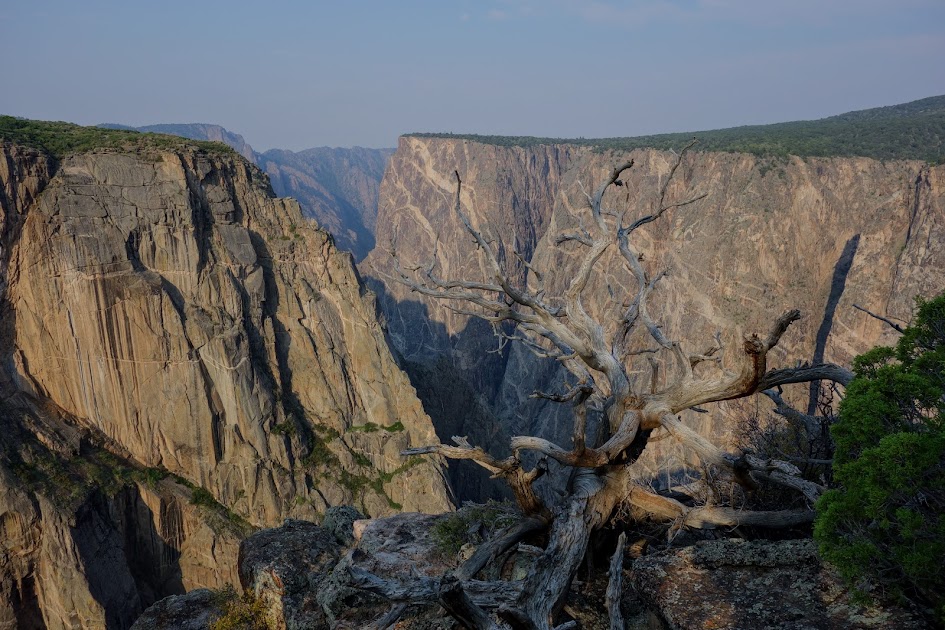 I drove the road stopping at all the signed viewpoints. 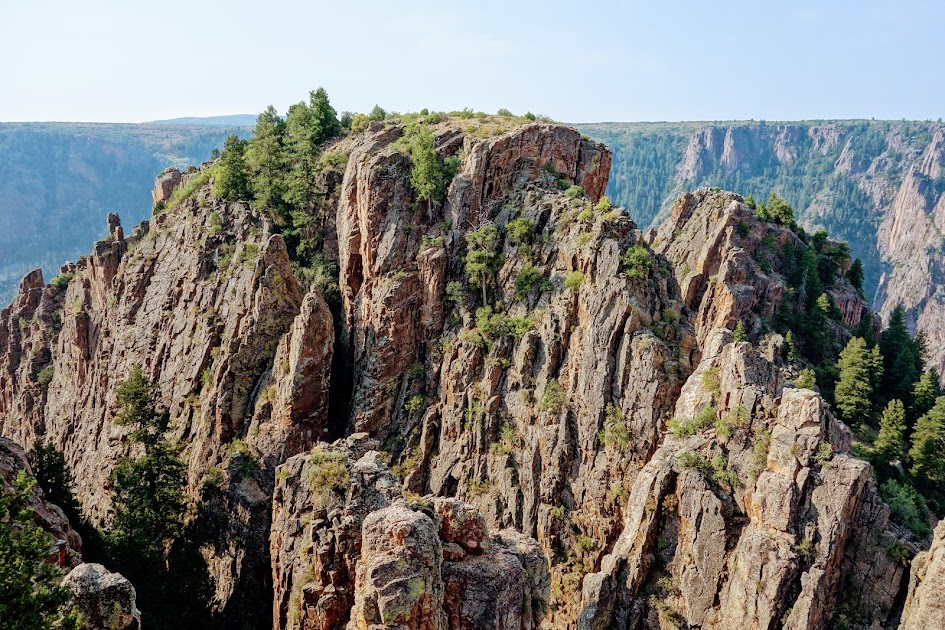 Do you see the kneeling camel? 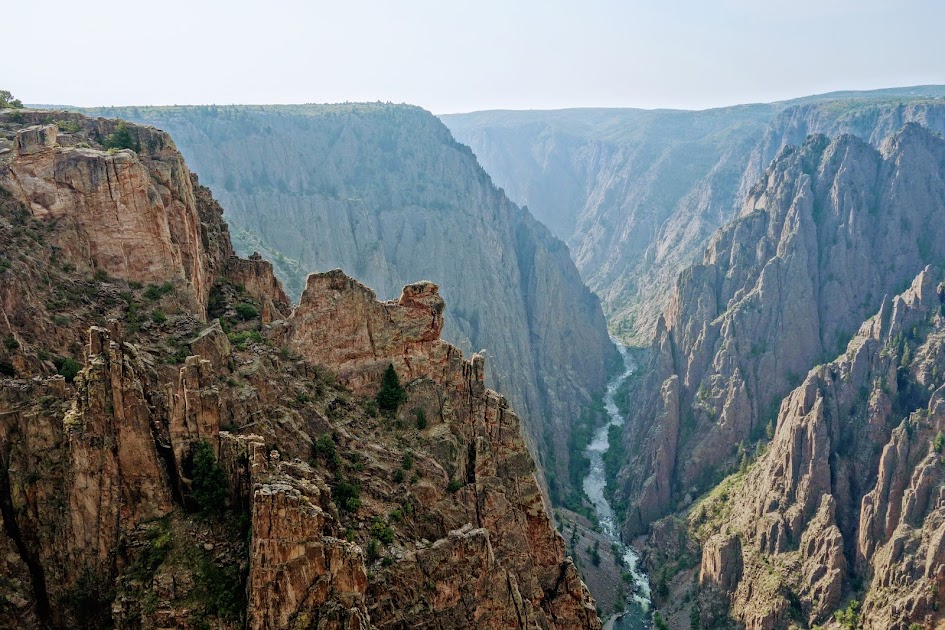 I’d been keeping my eye on the smoke maps and webcams. I swerved west stopping at Colorado National Monument. 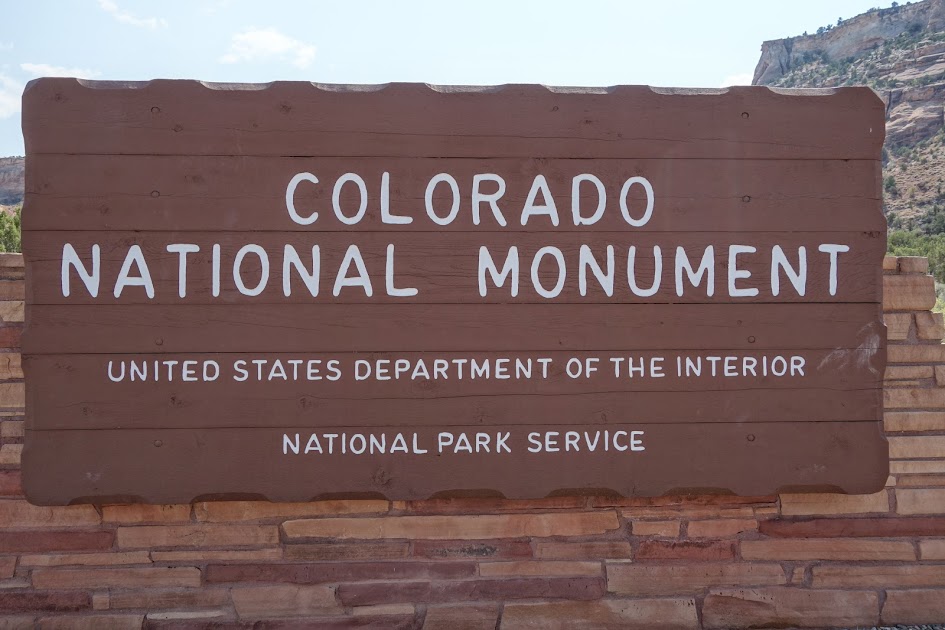 It was smoky and hot, but I drove the road for a bit stopping at the viewpoints. This is Independence Monument. 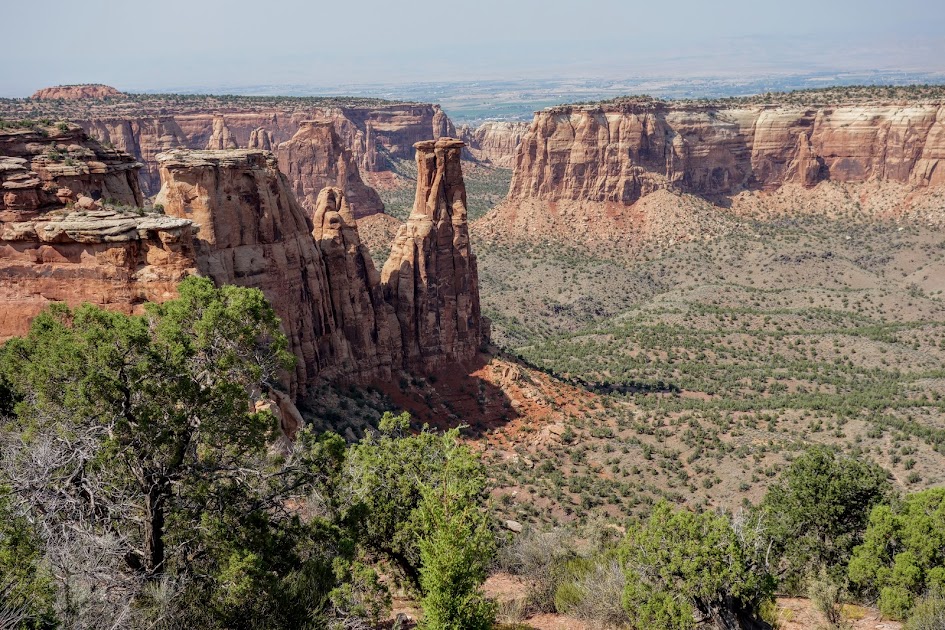 The most interesting to me was the want-to-be coke ovens, after spending time in Idaho earlier this year looking at the real thing. 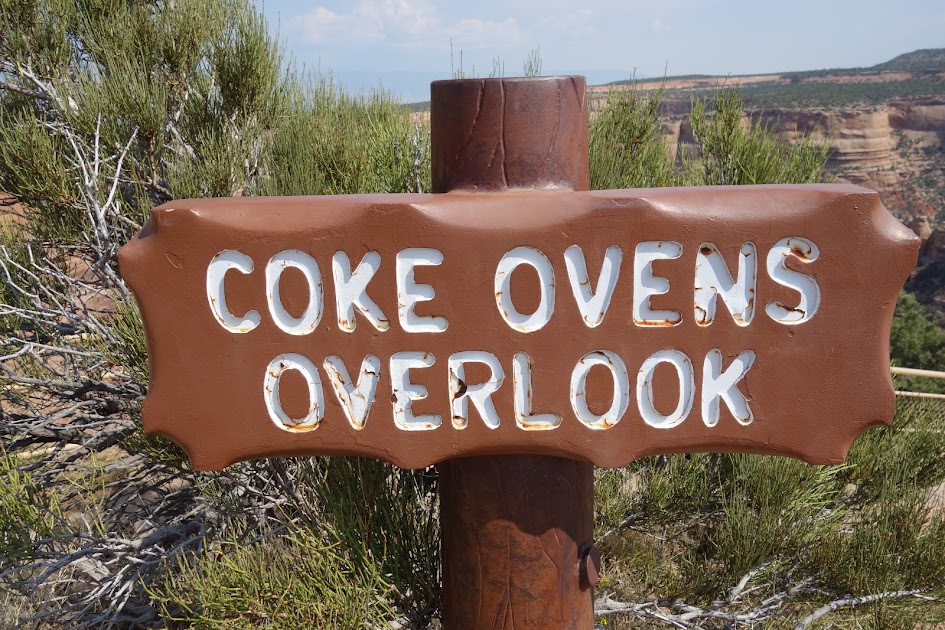 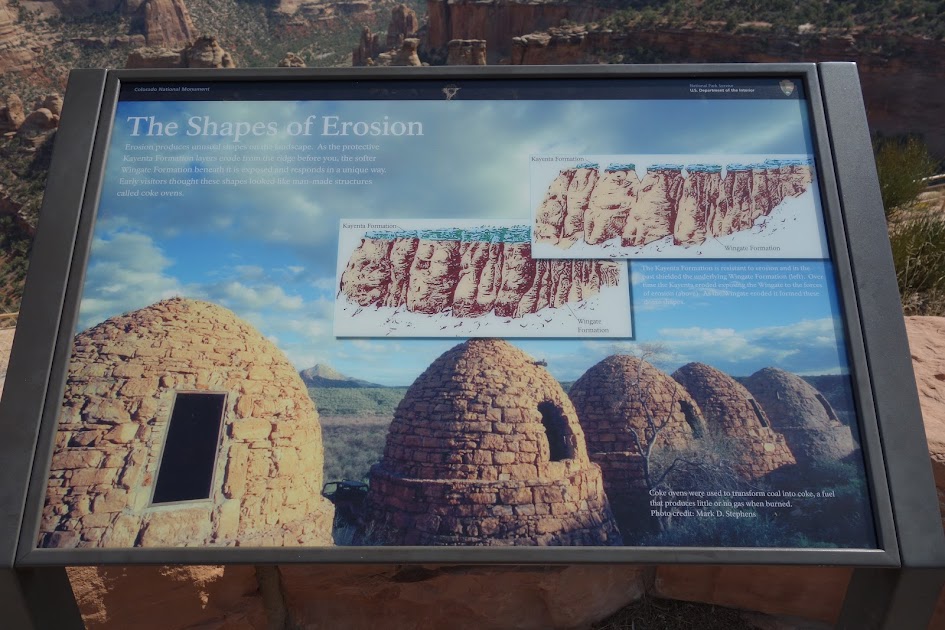 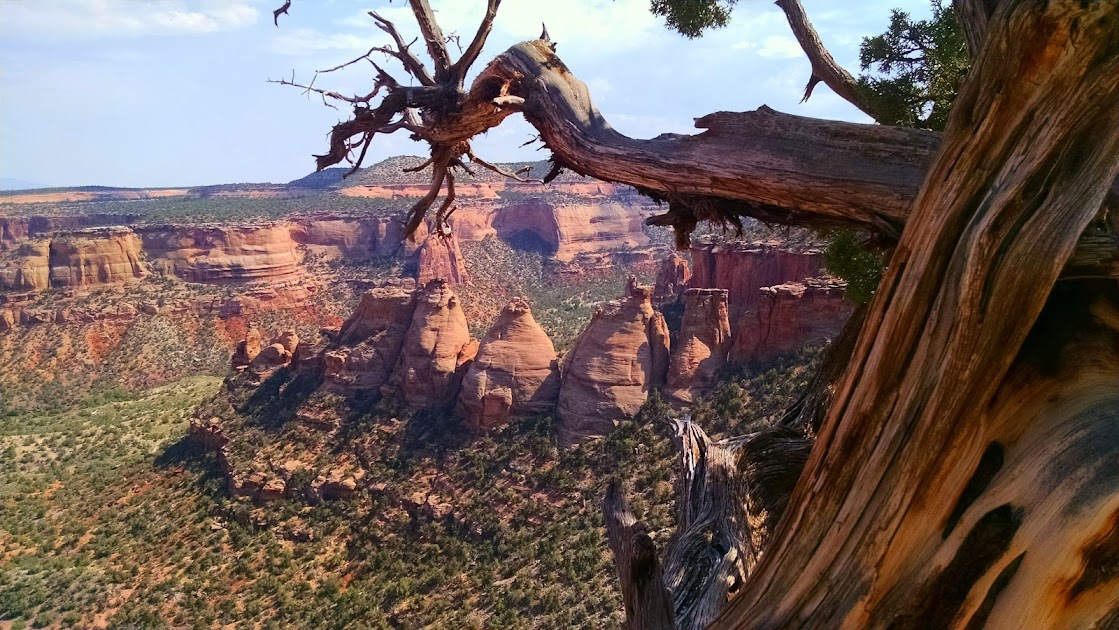 My minion friends may have been saying Howdy, but I was saying Goodbye for now to Colorado. You may be a colorful state but during this very short visit you were monochromatic in your grays. This wasn’t the least bit how I planned to spend the month but timing is everything and it just wasn’t my time. I’ll be back to explore all the planned places I researched just like I did in the Winds.

Links to my other Colorado Jaunts