Bears Ears National Monument was established by President Barack Obama in 2016. The monument protects 1,351,849 acres of public land surrounding the Bears Ears, a pair of mesas (see photo below). In 2017 protection became a highly debated topic. I anticipate many changes in 2018. 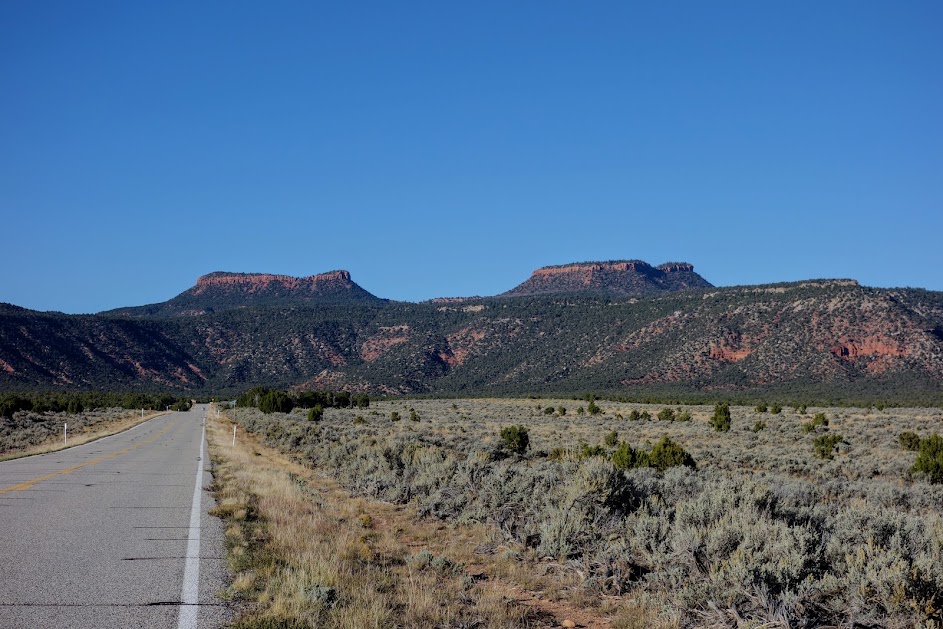 This past spring, I hiked the Sundance Trail, an access point to Dark Canyon Wilderness, which is now included in Bears Ears National Monument. This post along with many more from my travels earlier this year are still pending. 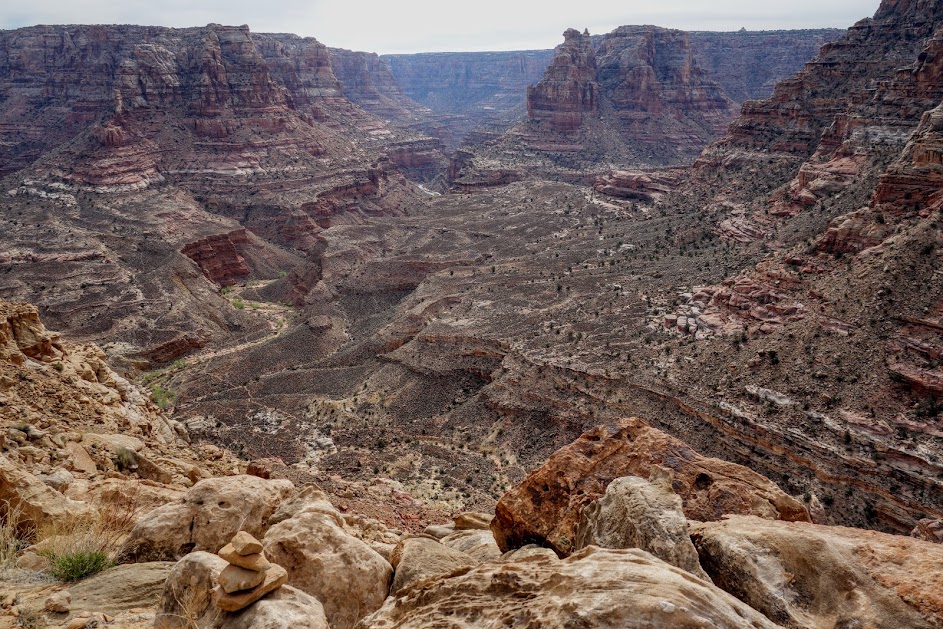 With Dark Canyon Wilderness flagged as somewhere warranting further exploration, I suggested this area when my friends Nancy aka WhyNot?! and Joan aka Hemlock were looking for ideas for a 3-day weekend this past October. Rather than using the very popular Woodenshoe or Peavine trailheads, we accessed the canyon via The Notch trailhead on the east side of the wilderness. 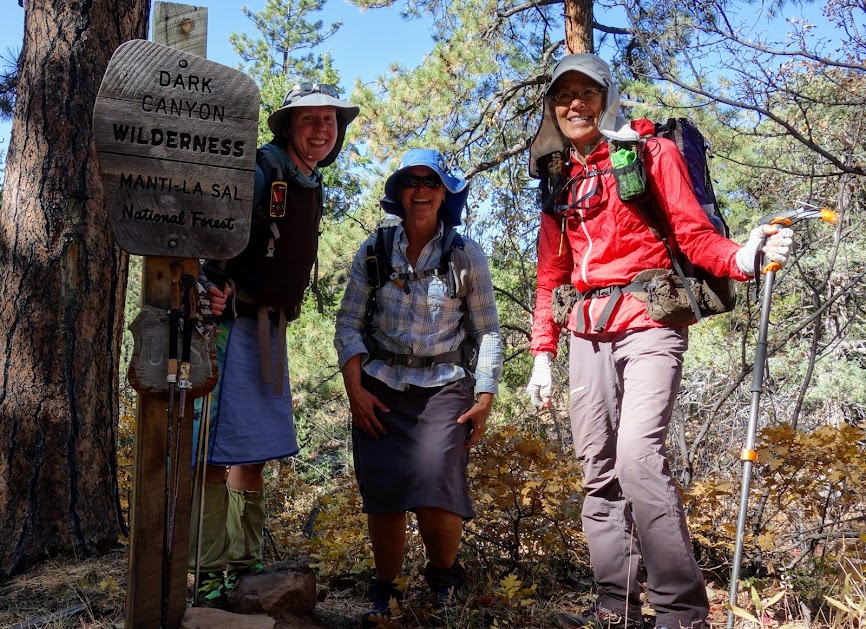 According to my research,

The Dark Canyon drainage is primarily administered by the US Forest Service and the Bureau of Land Management. The Forest Service manages the upper end of the canyon, which includes the 45,000 acre Dark Canyon Wilderness Area. The BLM manages the lower reaches of the canyon as a primitive area. The Dark Canyon Primitive Area is 62,000 acres and includes a Wilderness Study Area. The extreme lower end of Dark Canyon is within the Glen Canyon National Recreation Area and is administered by the National Park Service. Source: Canyonlands Natural History Association

The aspens were showcasing their fall colors in this arroyo. 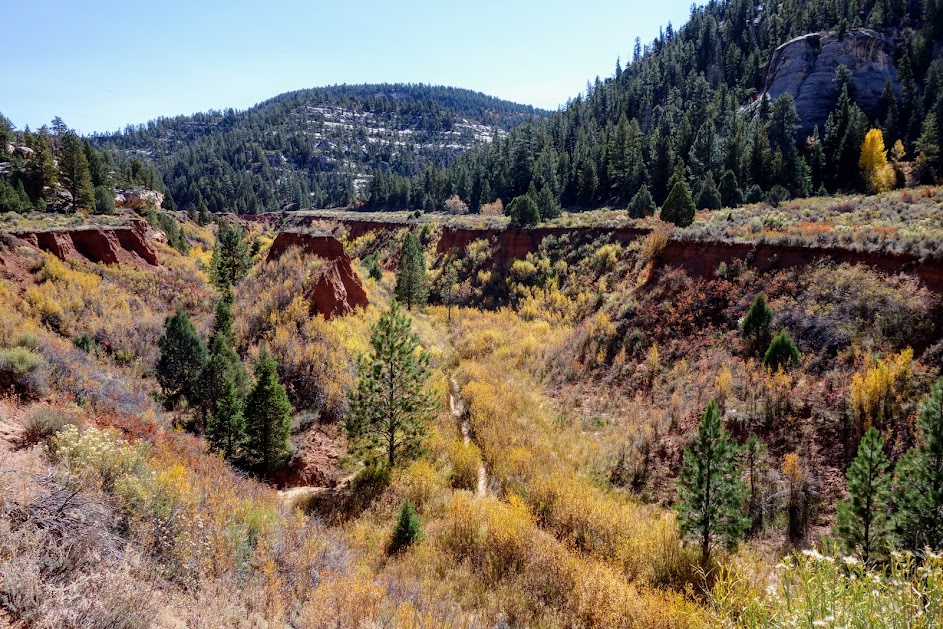 We hiked through several arroyos. They are STEEP! 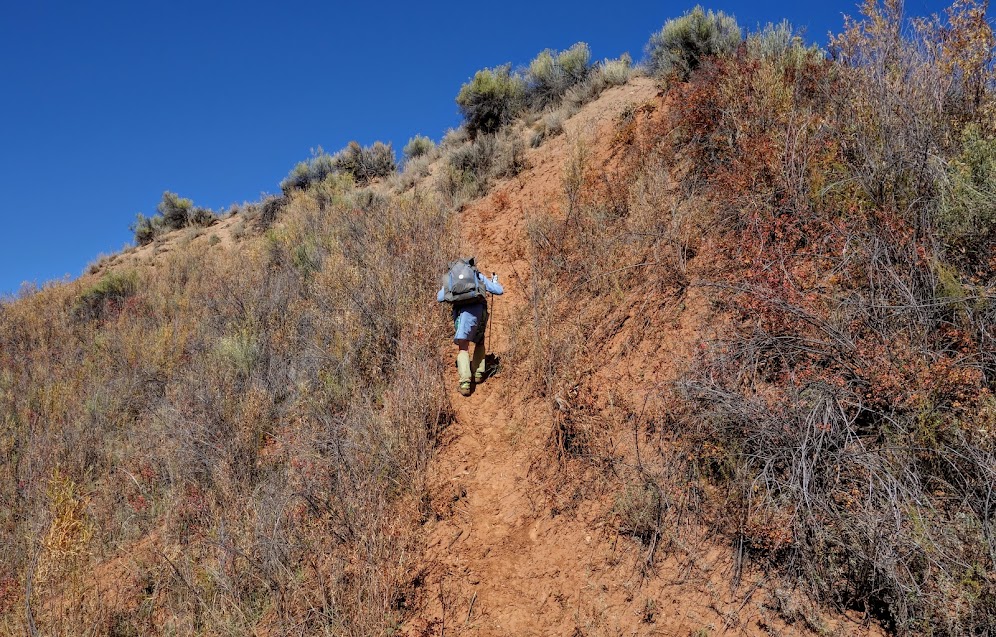 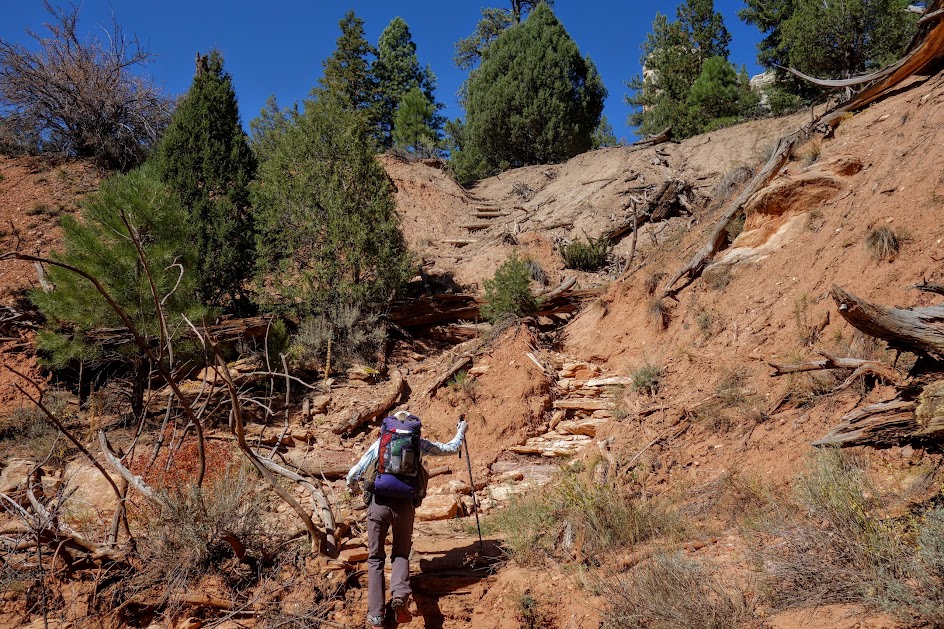 As is the case in most of Southern Utah, we found plenty of arches, geologic and ancient wonders. 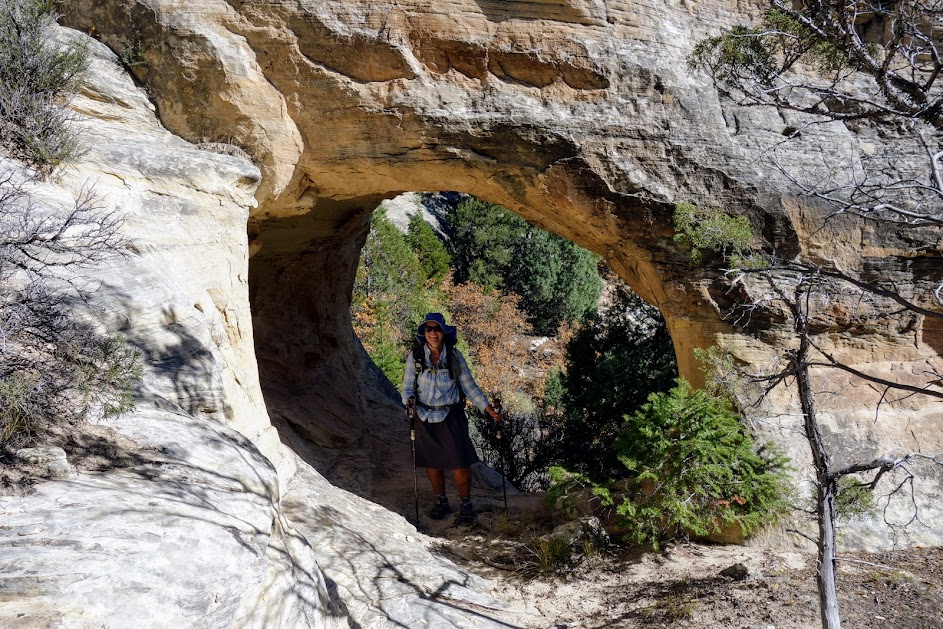 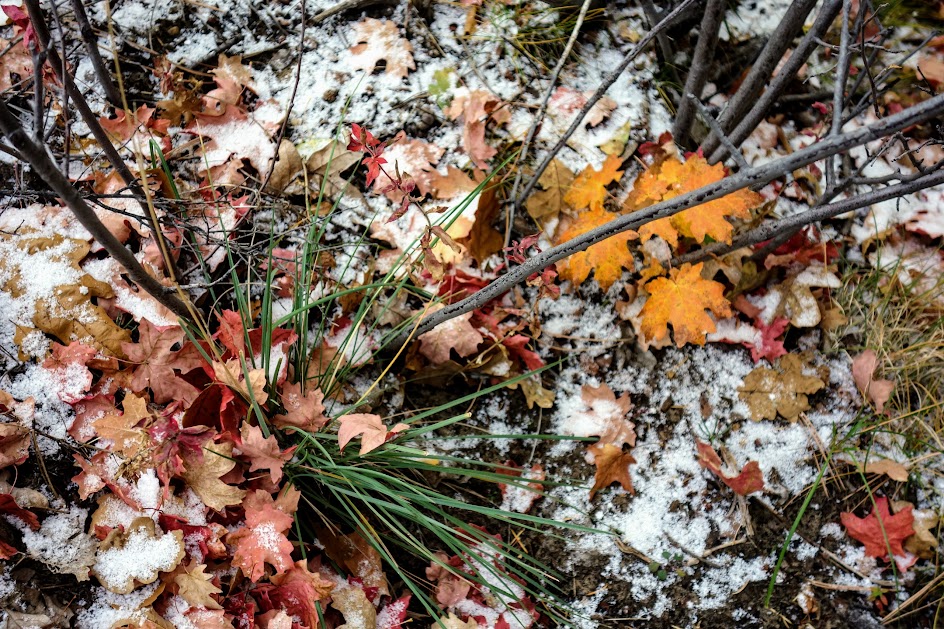 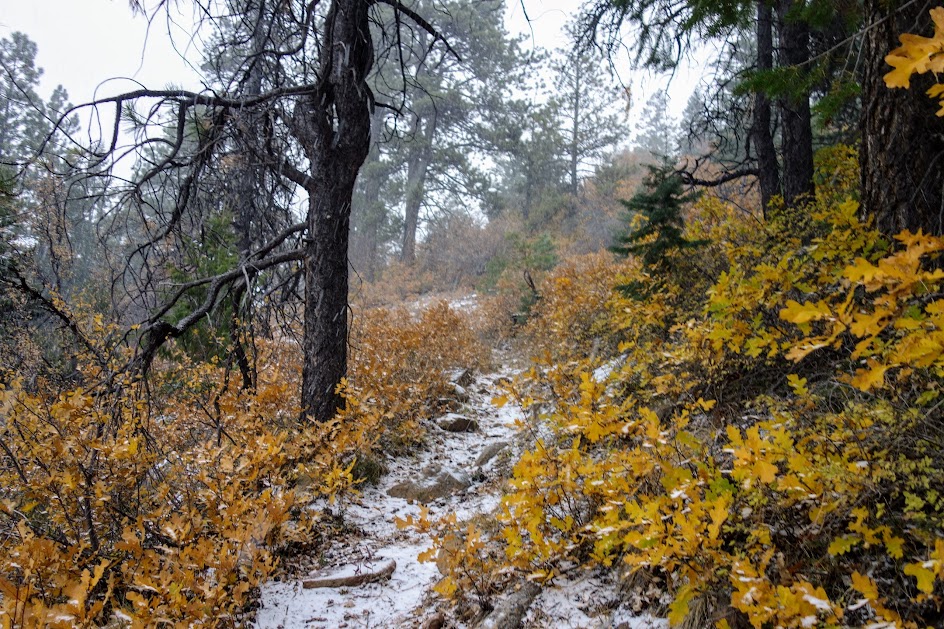 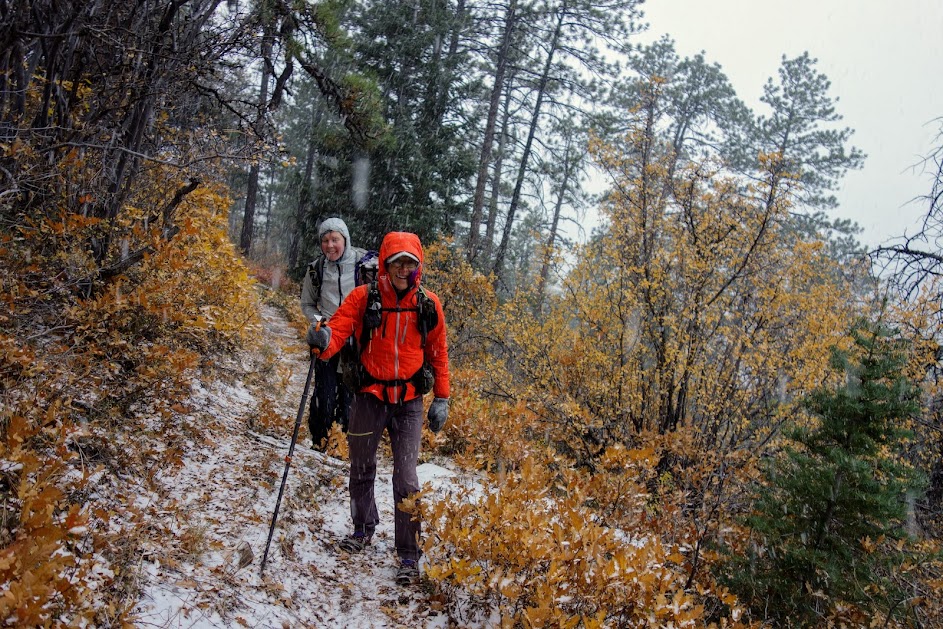 We hiked some other nearby trails where we found colorful oak leaves. 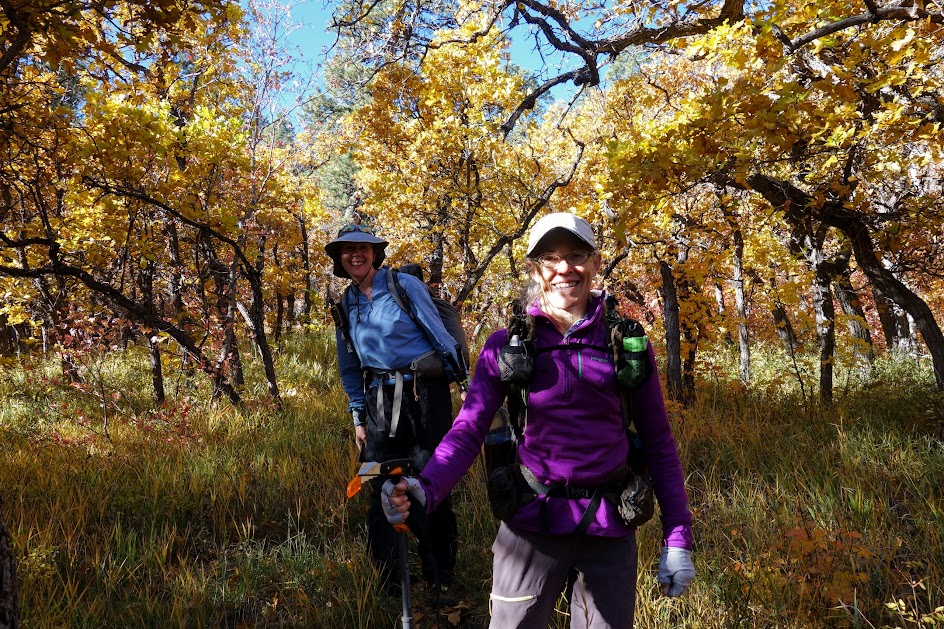 I was reminded that we were in the desert. I neglected to put the handy comb and full size tweezers in my pack but we found my scissors be to be a good substitute. 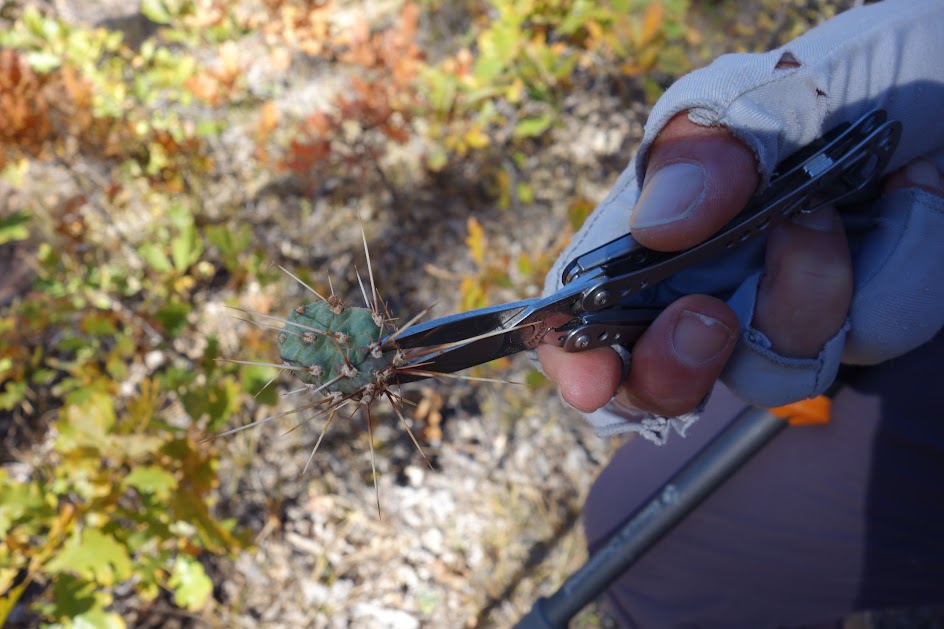 Water is a precious commodity in these arid lands. This was a welcome gem. 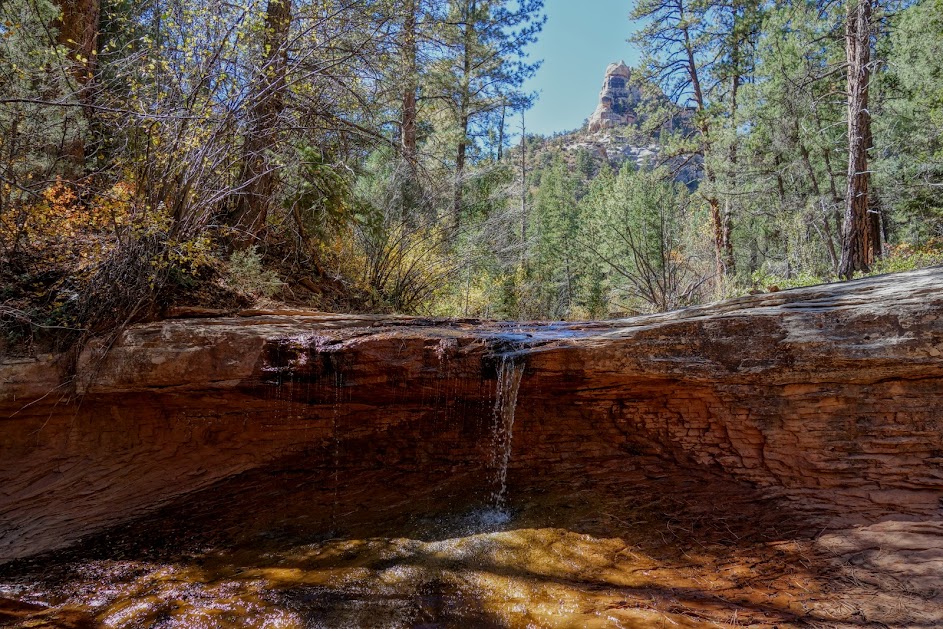 I think Big Agnes should sponsor me! 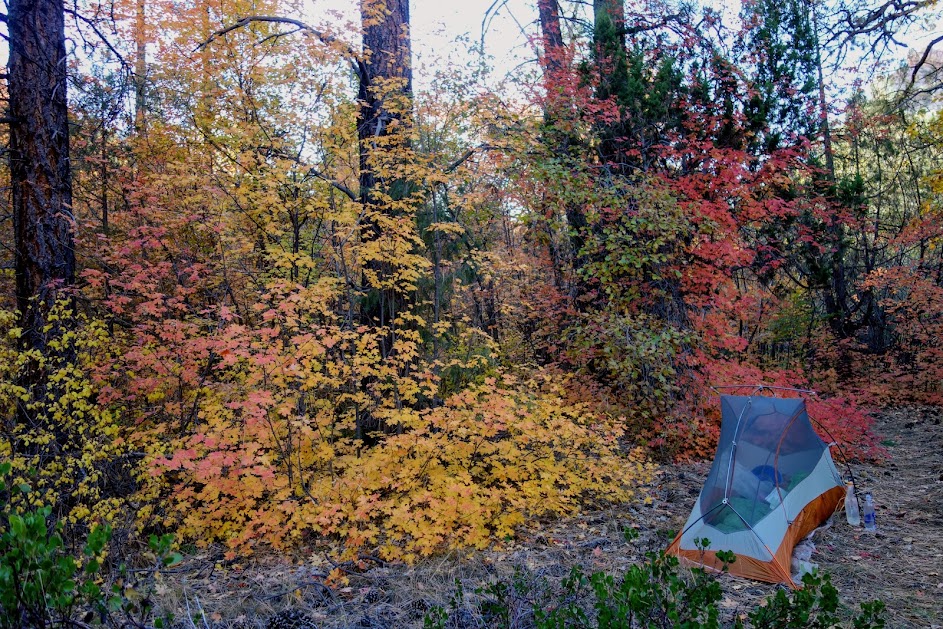 I enjoy fall foliage nearly as much as wildflowers. 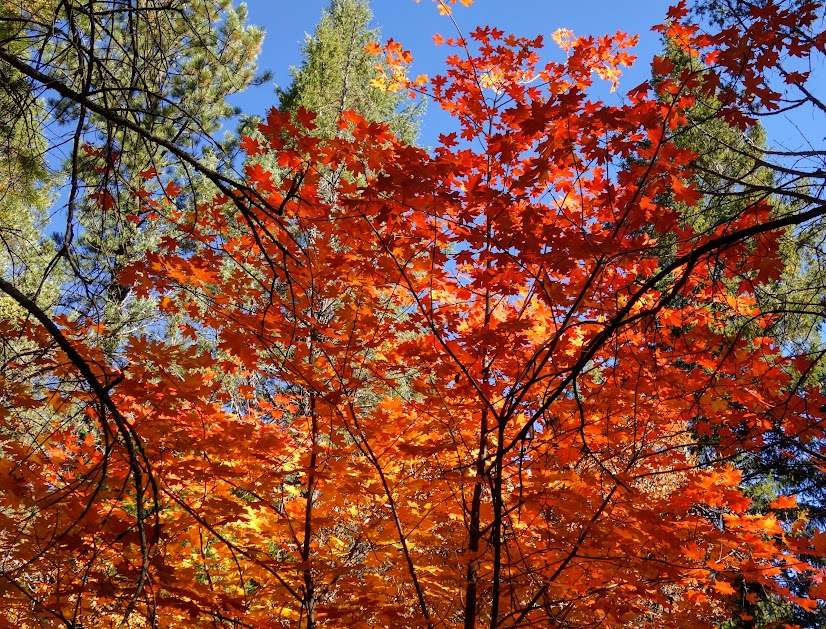 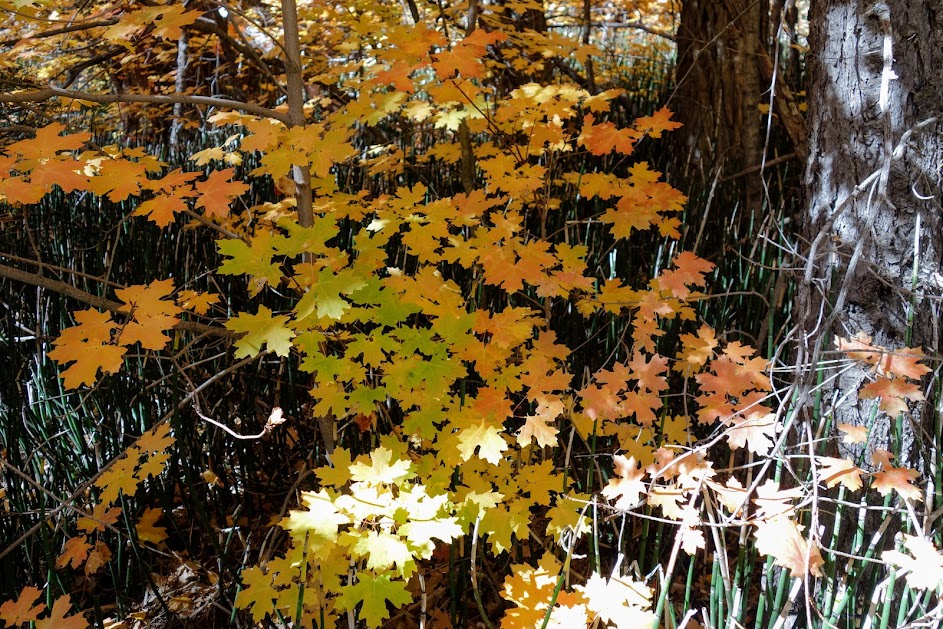 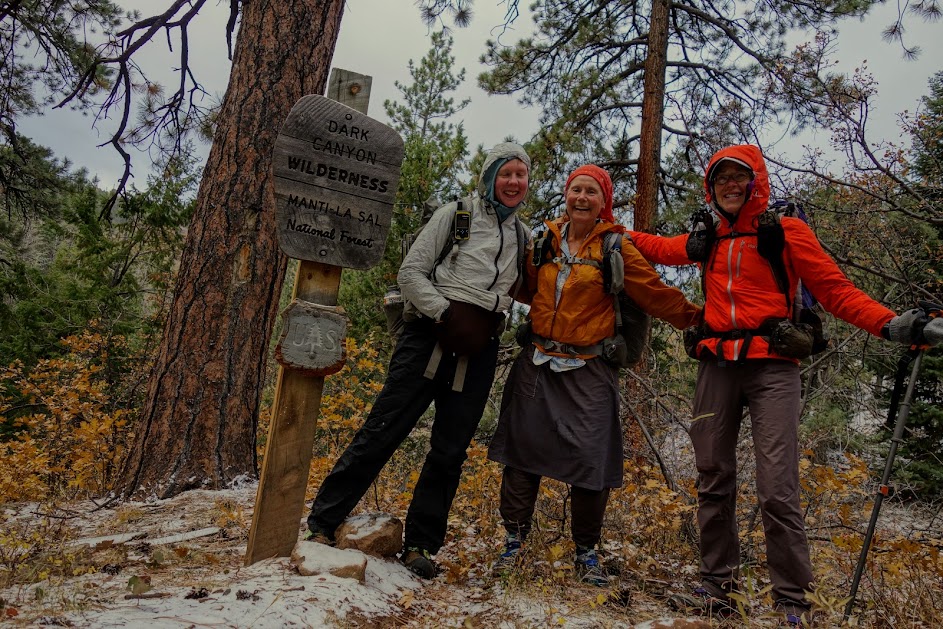