Dust storms were new to me. From Bisti Badlands (link to related post), I ran to Farmington (not my kind of town) and on to Los Alamos (interesting town, home of a National Laboratory most famous for the atomic bomb used on Japan). Nearby I found Bandelier National Monument. 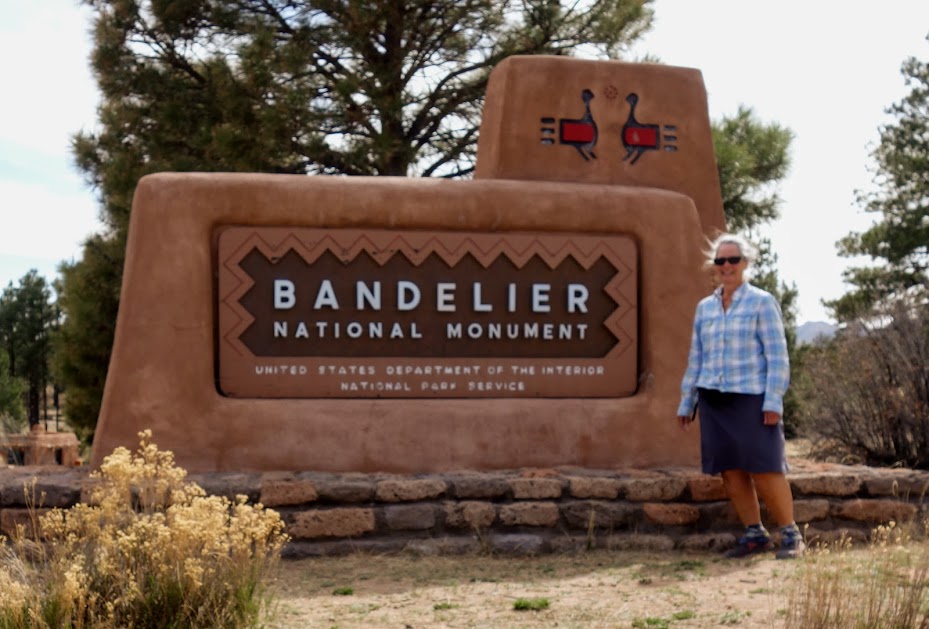 After a quick stop at the Visitor Center, I joined the Sunday crowds for a wander on the most popular trails. Be sure to buy or borrow the interpretive guide. 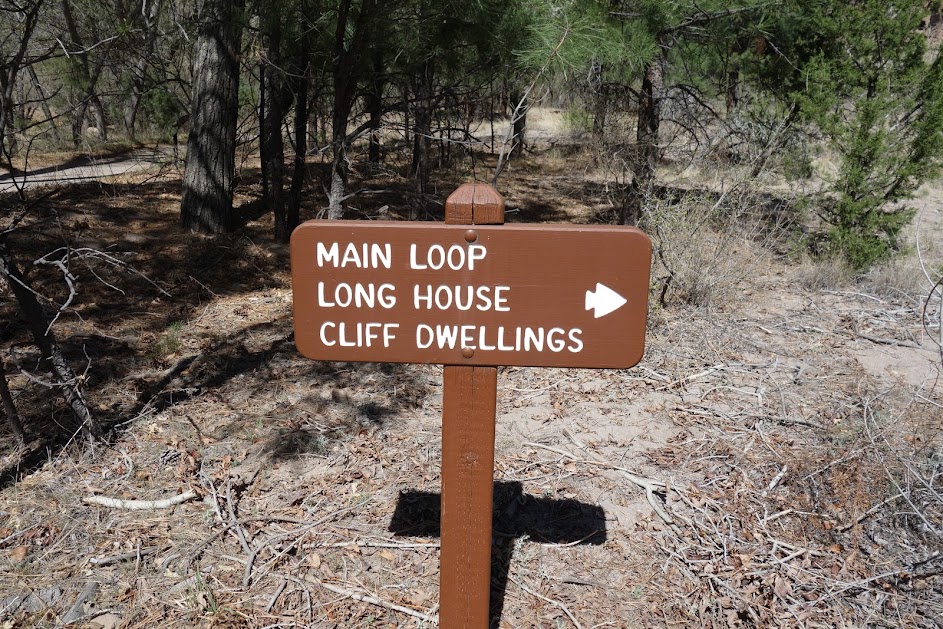 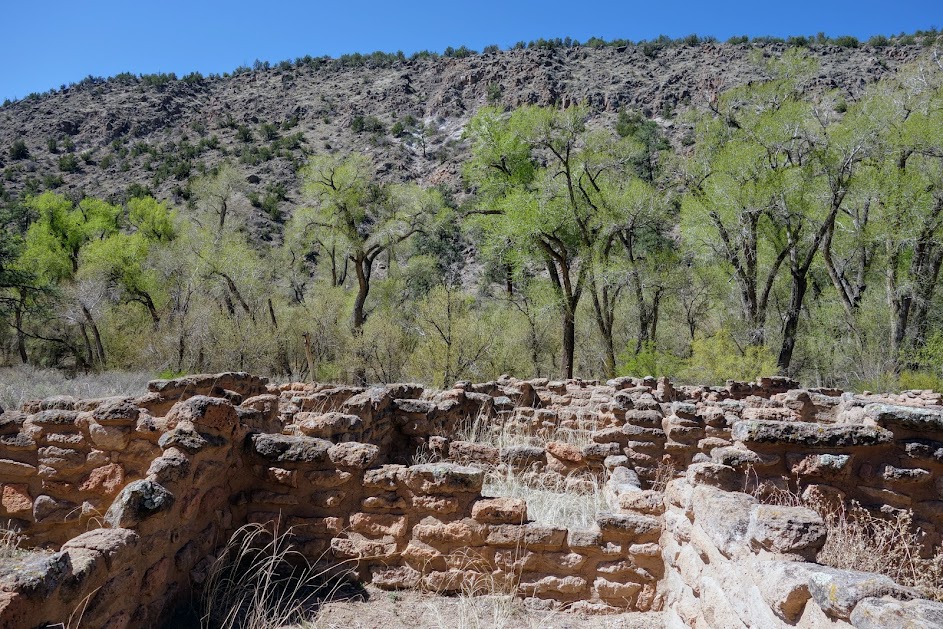 A good indicator of the size of this site. 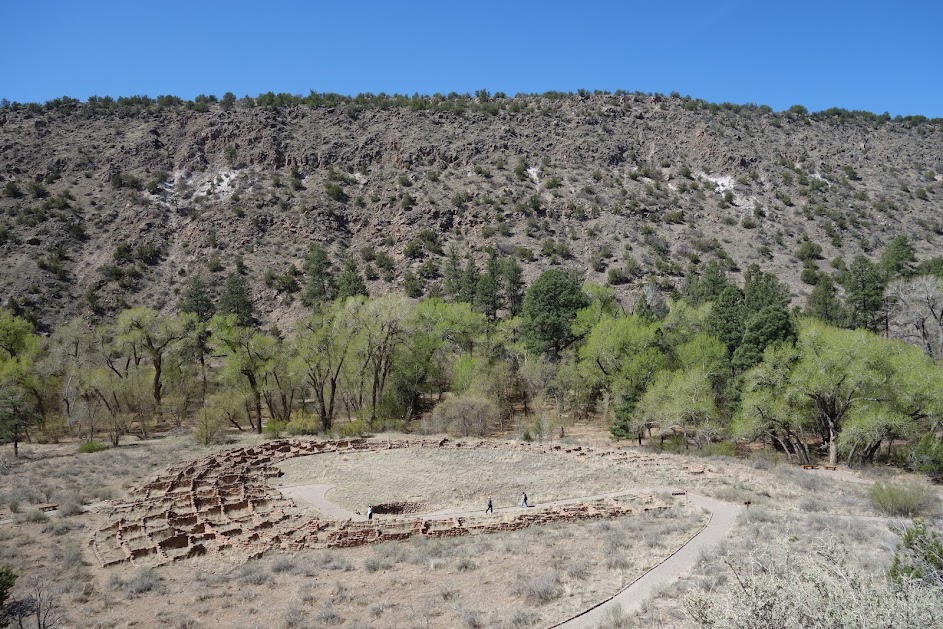 These are called cavates. According to NPS literature, “These cave rooms, classified as cavates (CAVE-eights) by Edgar Lee Hewett, an early archeologist, were dug out of the cliff wall. Even though the tuff is soft it would have been quite a task to carve them using only stone tools. Most cavates had stone rooms built in front of them. The lower walls of cavates were usually plastered and painted while the ceilings were smoke-blackened. Smoking the ceilings hardened the volcanic tuff and made it less crumbly.“ 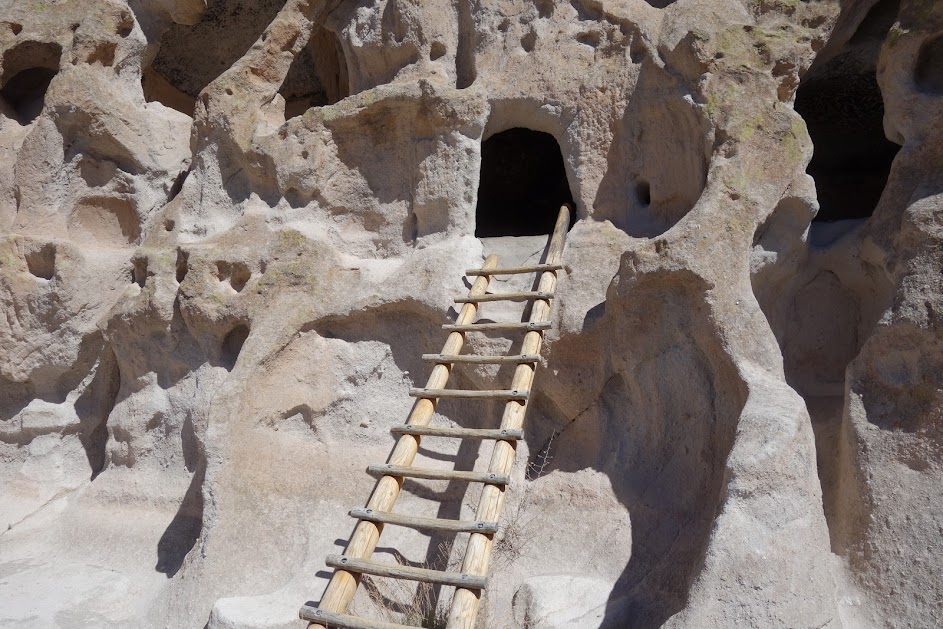 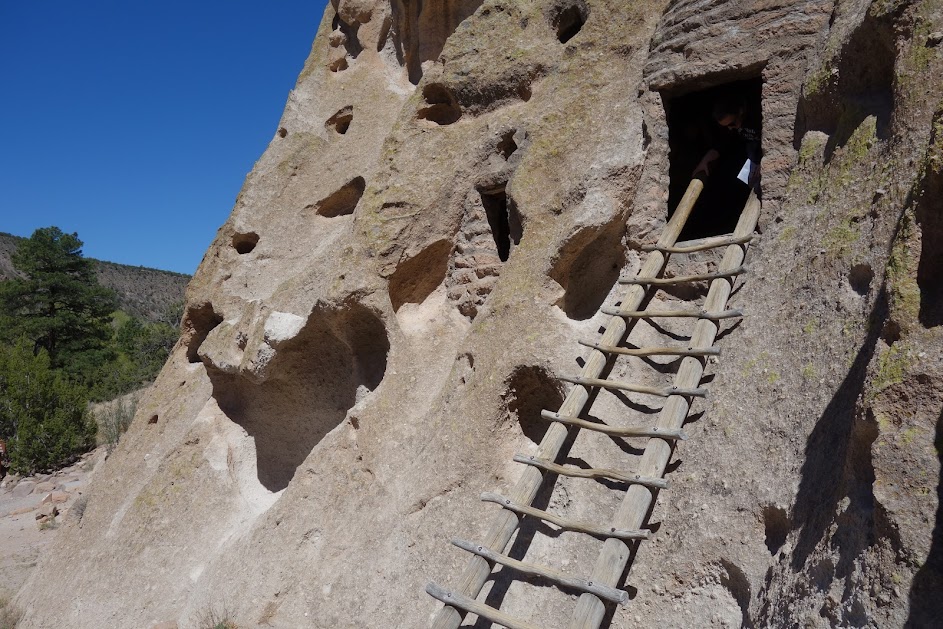 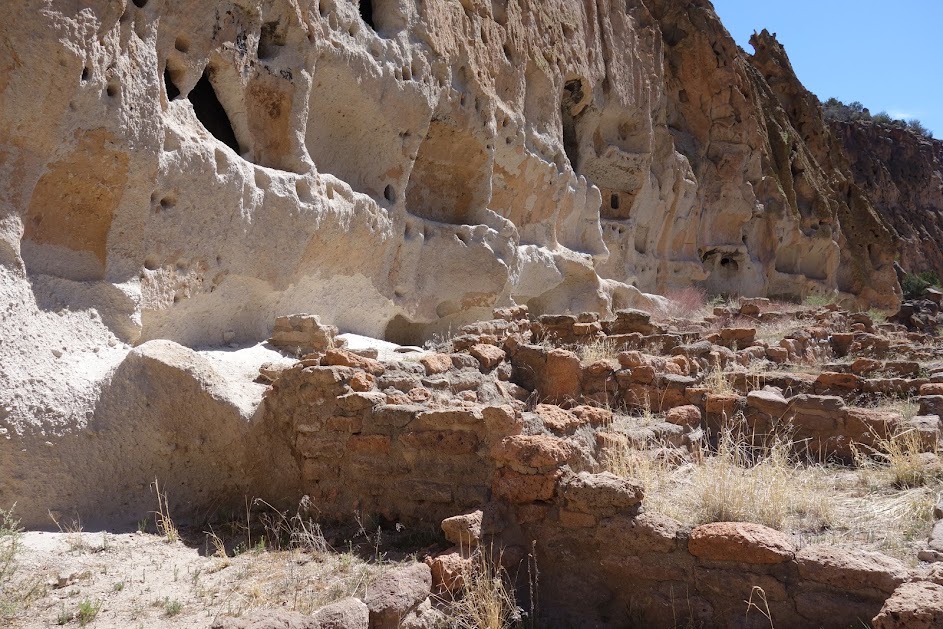 You can see the holes where there were roof structure poles back in the day. 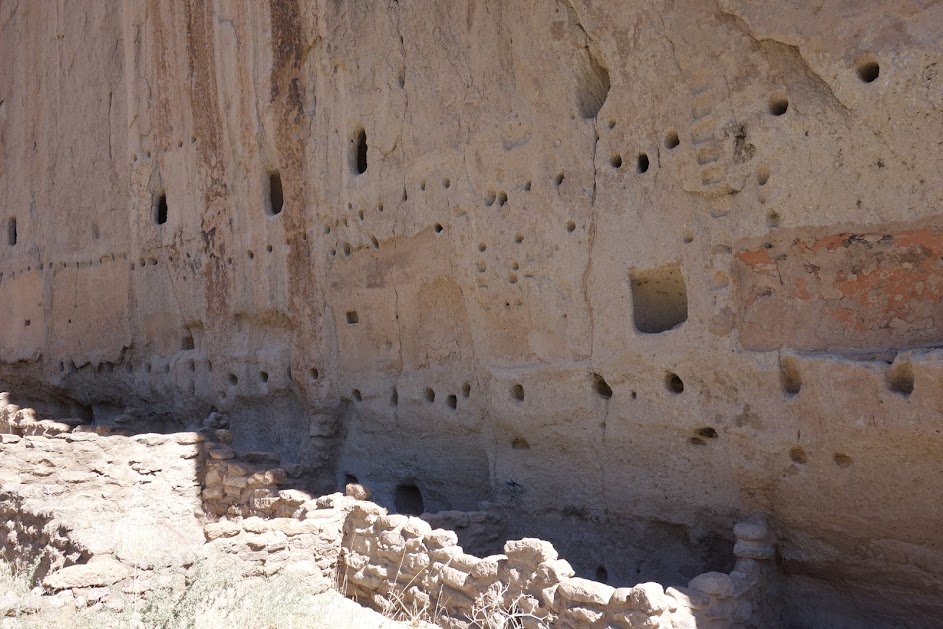 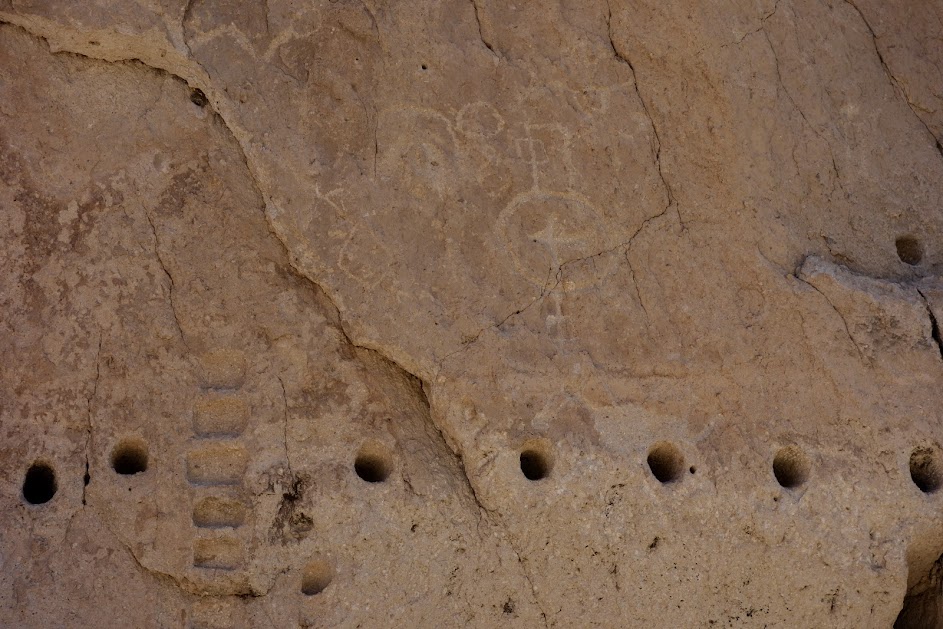 According to NPS literature, this is a macaw. 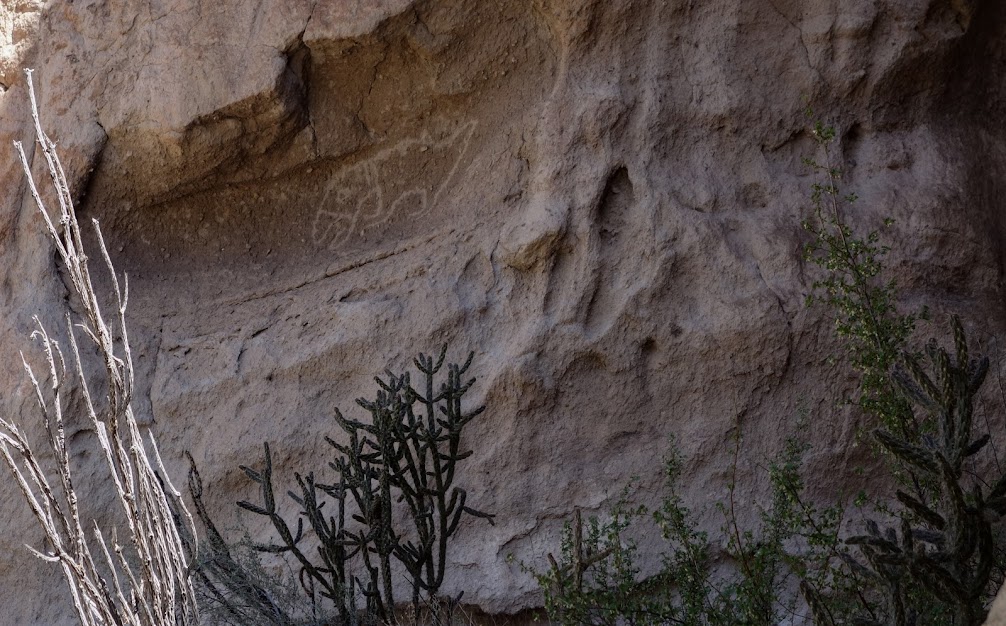 Amazing art work that has survived. 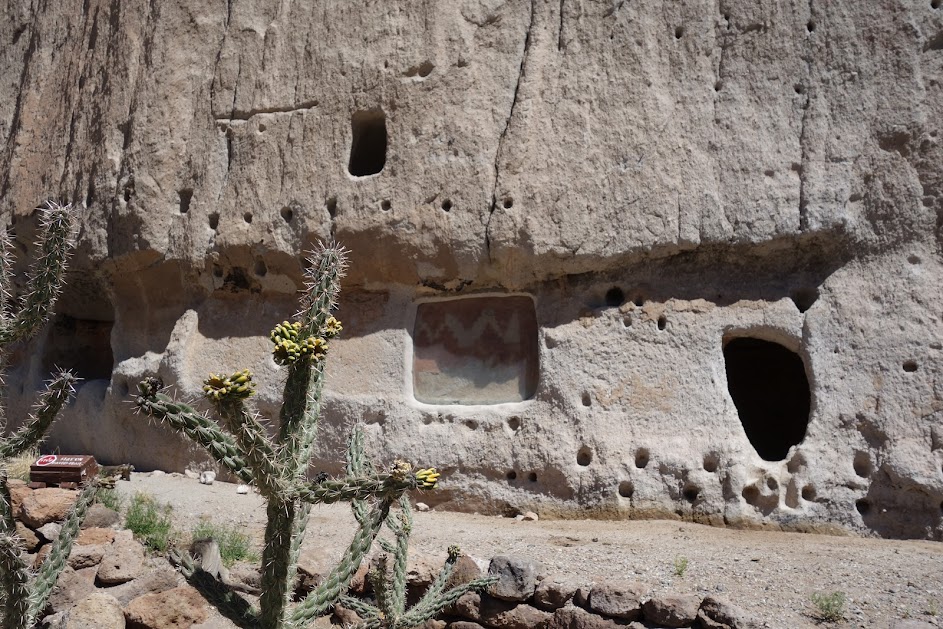 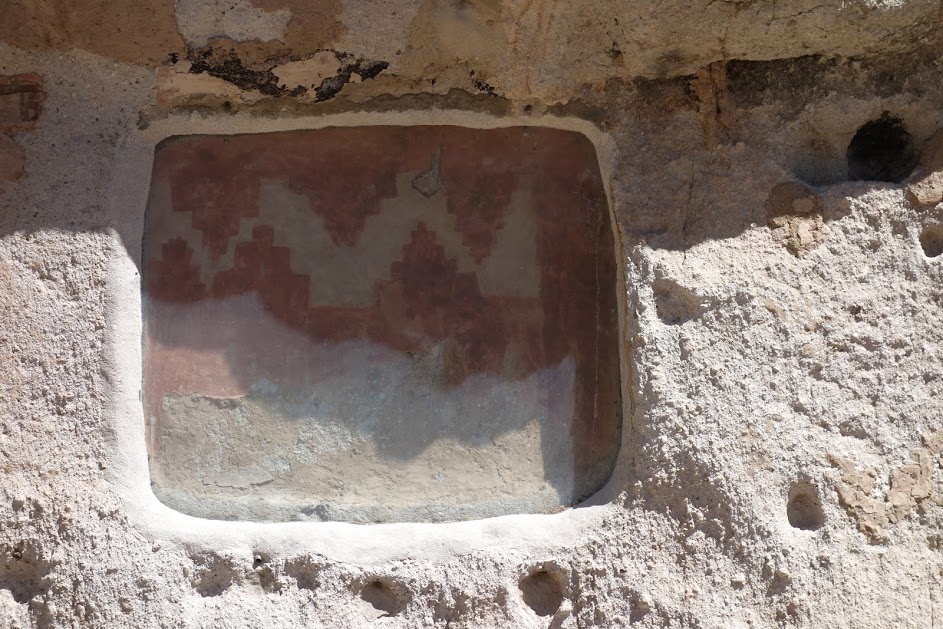 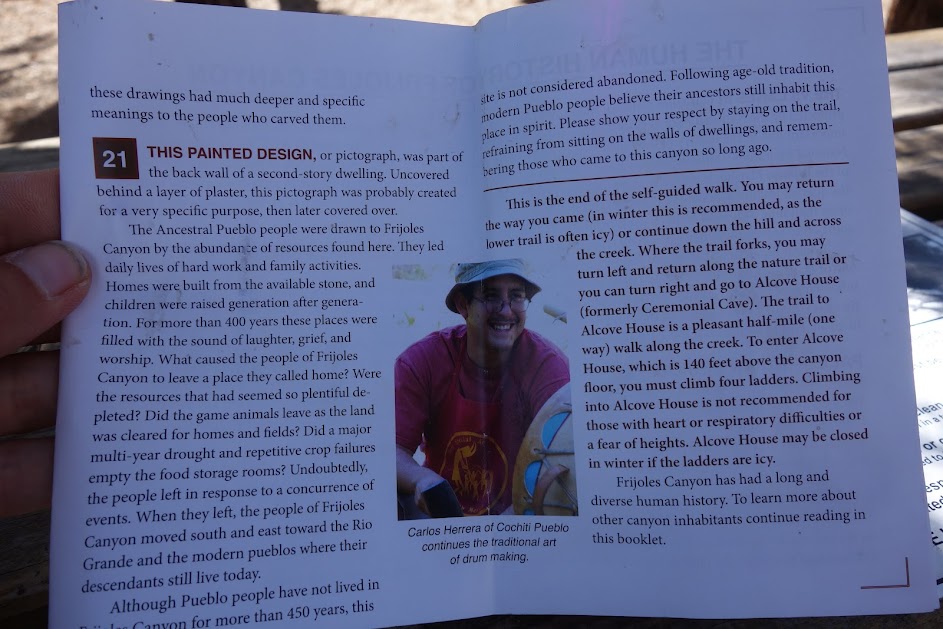 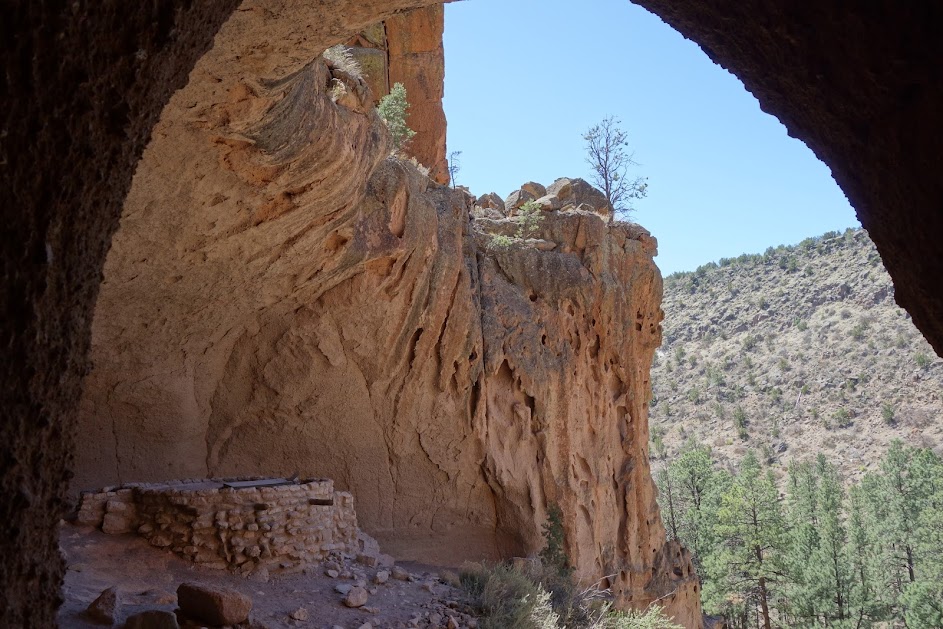 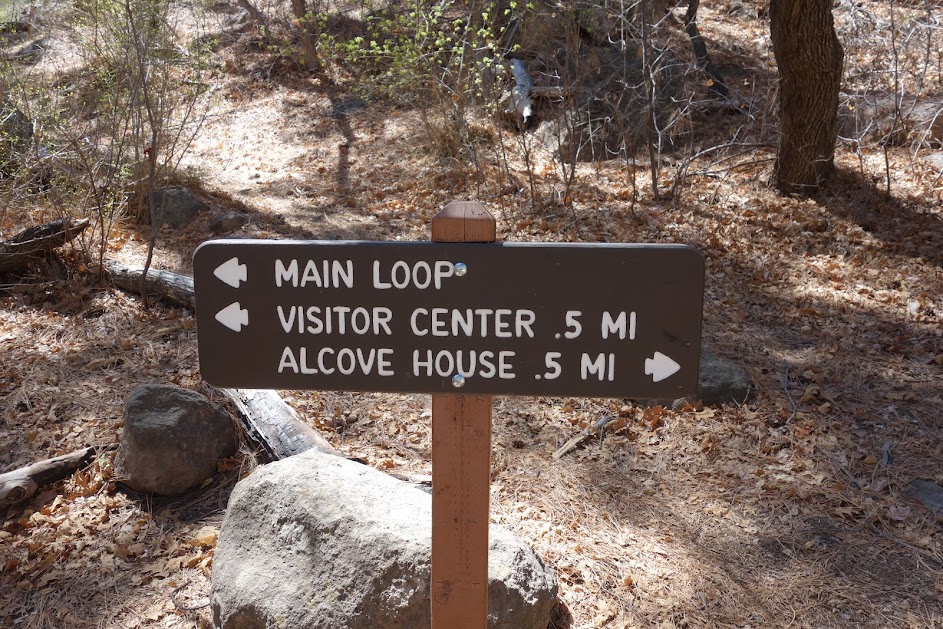 Of course I considered climbing the ladders a highlight. They used some neglected muscles. I met a 75+ year old who used a cane and was recovering from back surgery who not only hiked both the Main Loop and Alcove House trails but also climbed all the stairs and ladders. 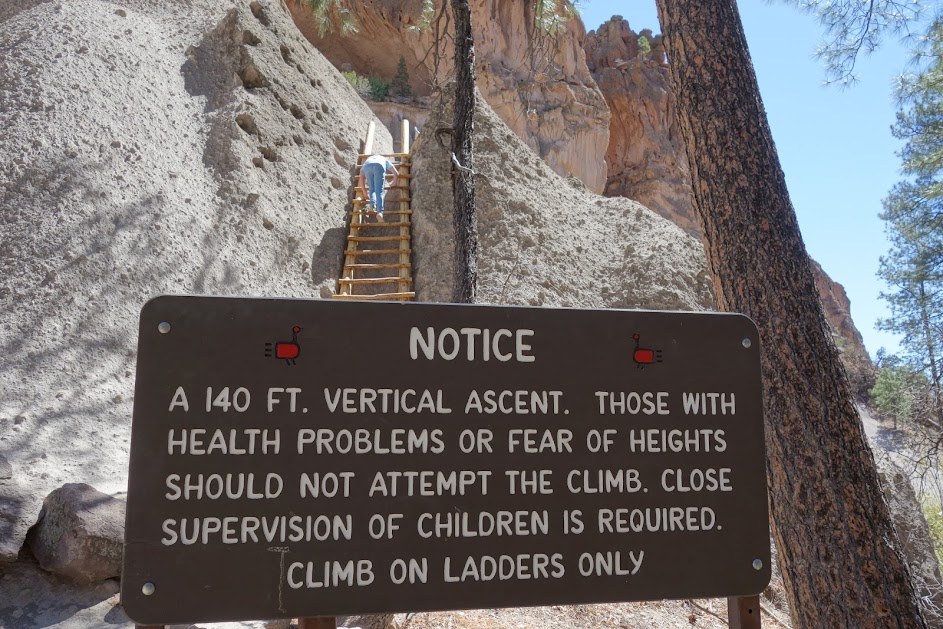 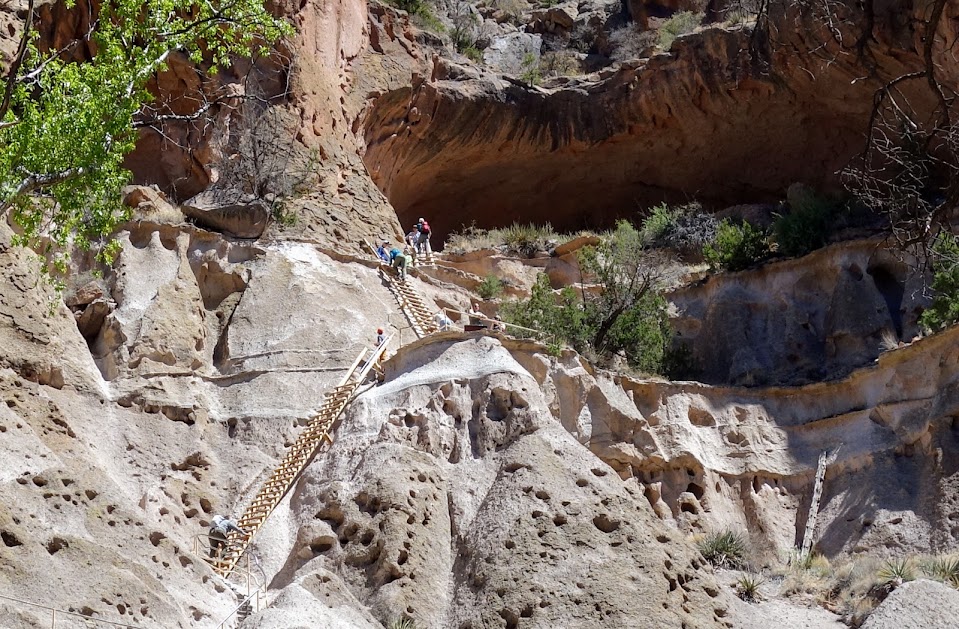 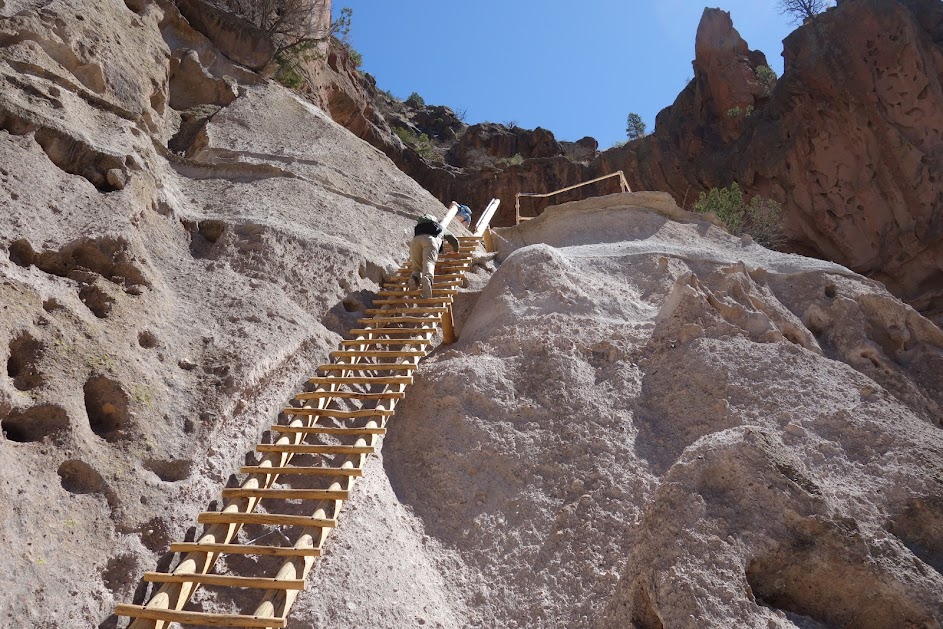 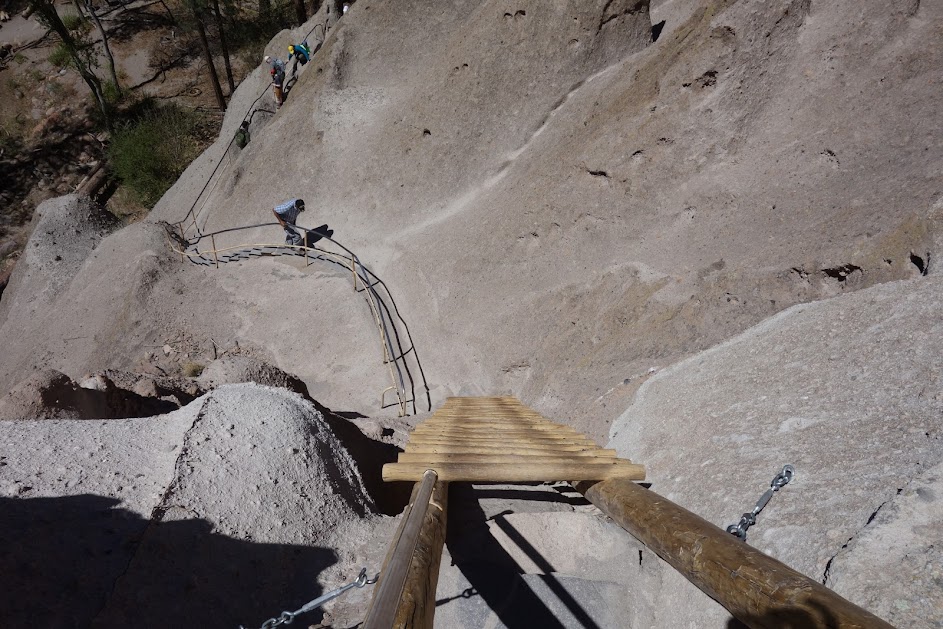 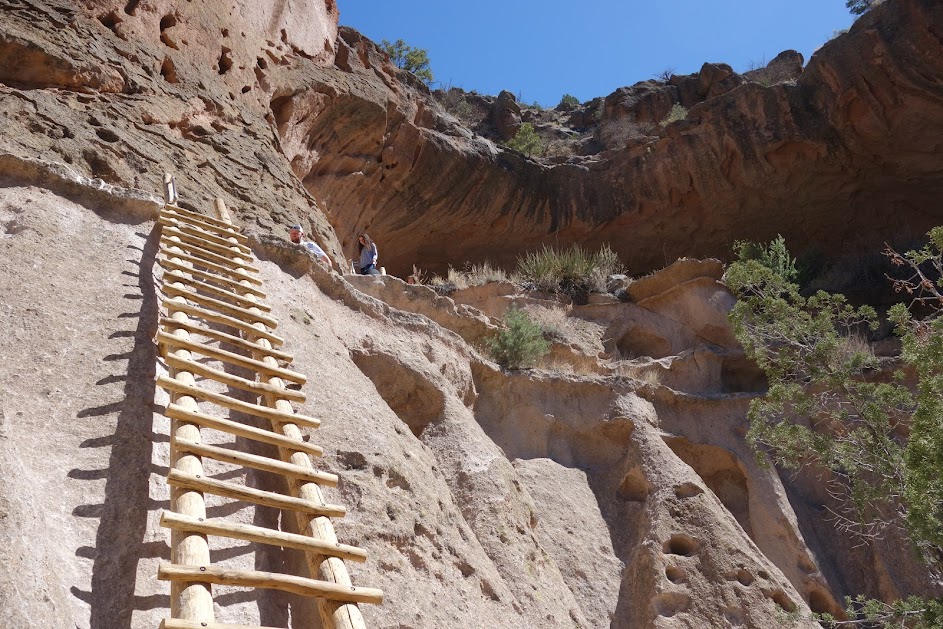 Volcanic Tuff was a new geologic term for me. It was interesting learning about it. According to NPS literature, “The pink rock of the canyon wall may look like sandstone but it is actually volcanic ash that compacted over time into a soft, crumbly rock called tuff. Tuff is very easily eroded by the action of wind and rain. Some components of the tuff erode more easily than others. Over time the exposed rock takes on a “swiss cheese” appearance. Ancestral Pueblo people used tools to enlarge some of the small natural openings in the cliff face. The soft rock made excellent building material. Stone dwellings were constructed in front of these enlarged openings.” 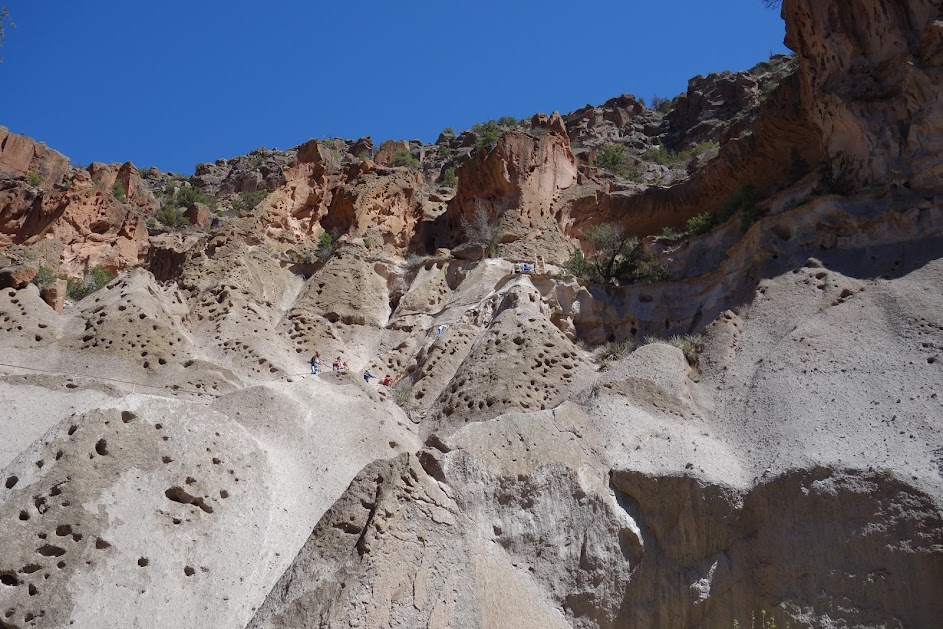 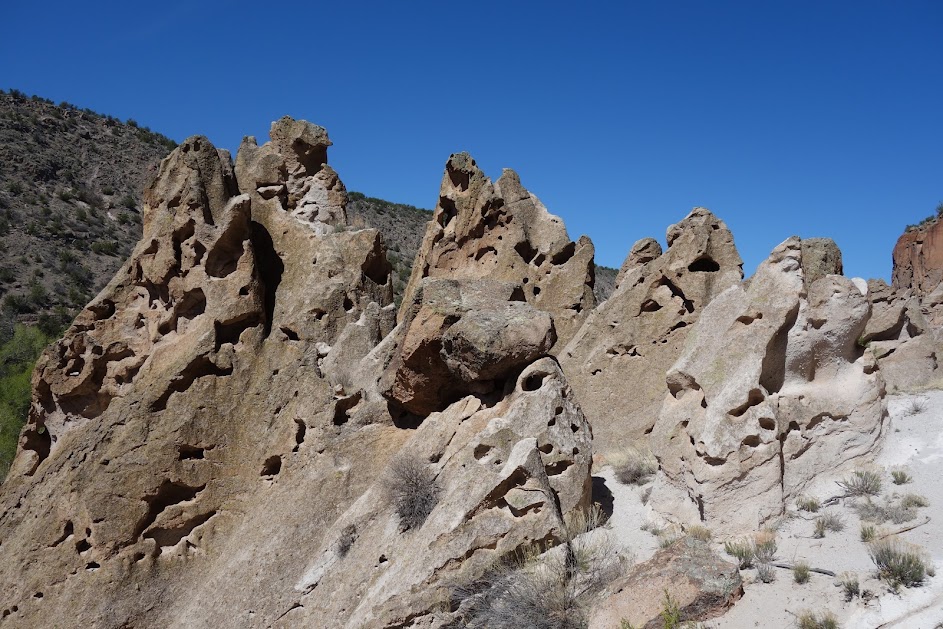 After hiking the Main Loop to view interesting geologic and archaeological features, I hiked to the waterfalls.

The visitor center has loaner copies of their interpretive guide to use along the trail. 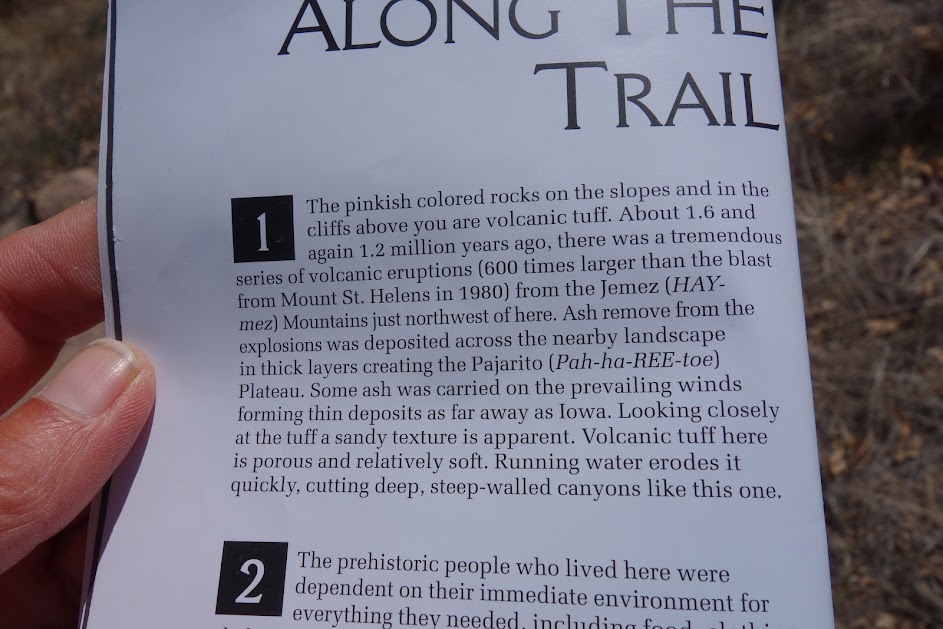 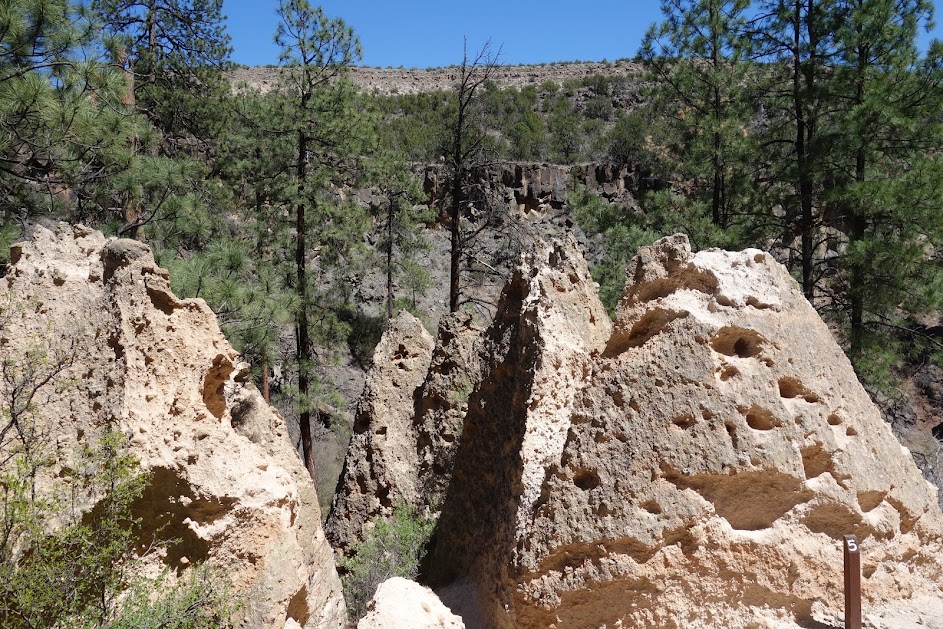 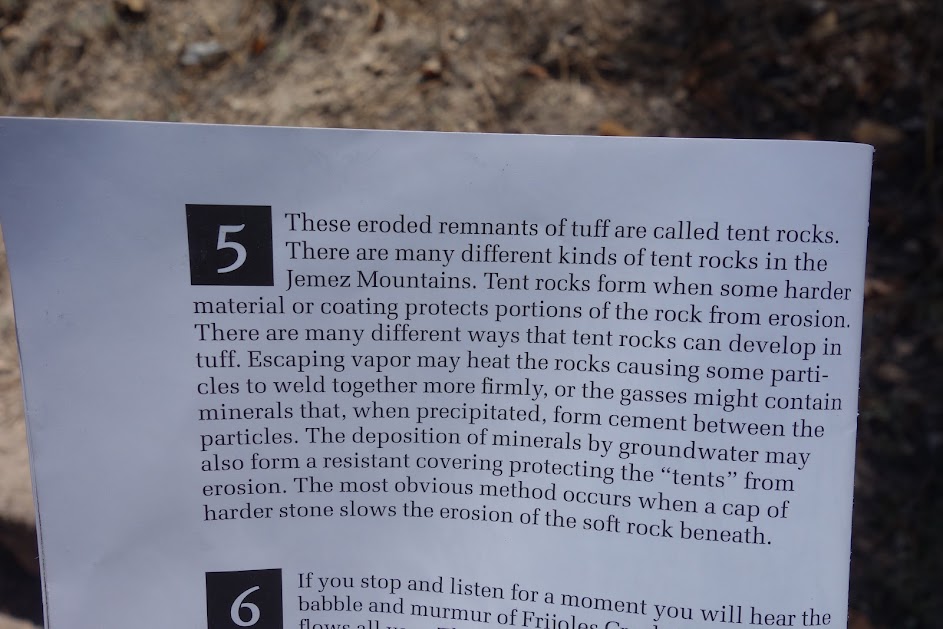 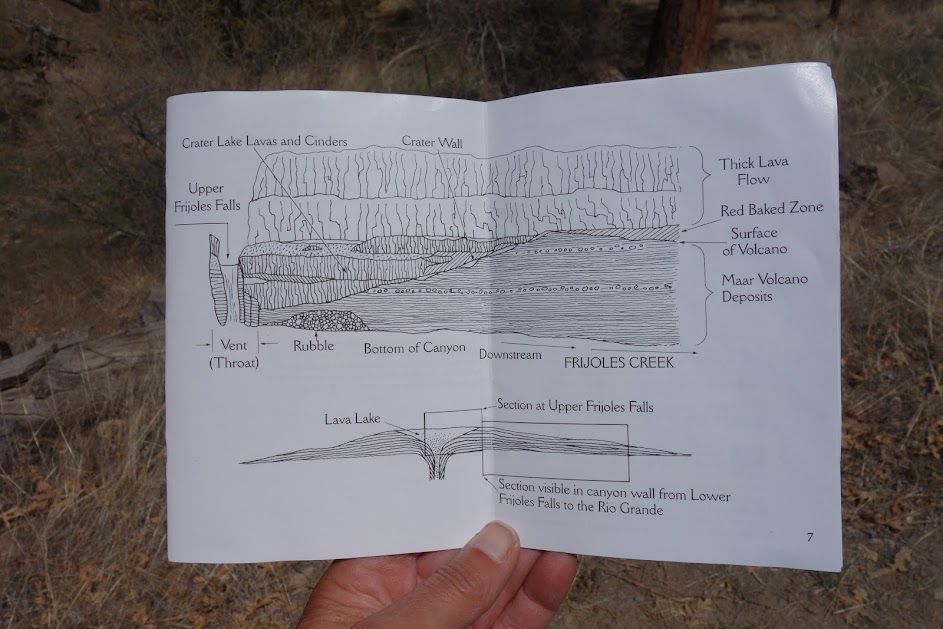 The trail to upper falls was blocked but not officially closed. I was fortunate to be hiking with a ranger who was gathering data and photos to add an interpretive app to their public service aids. 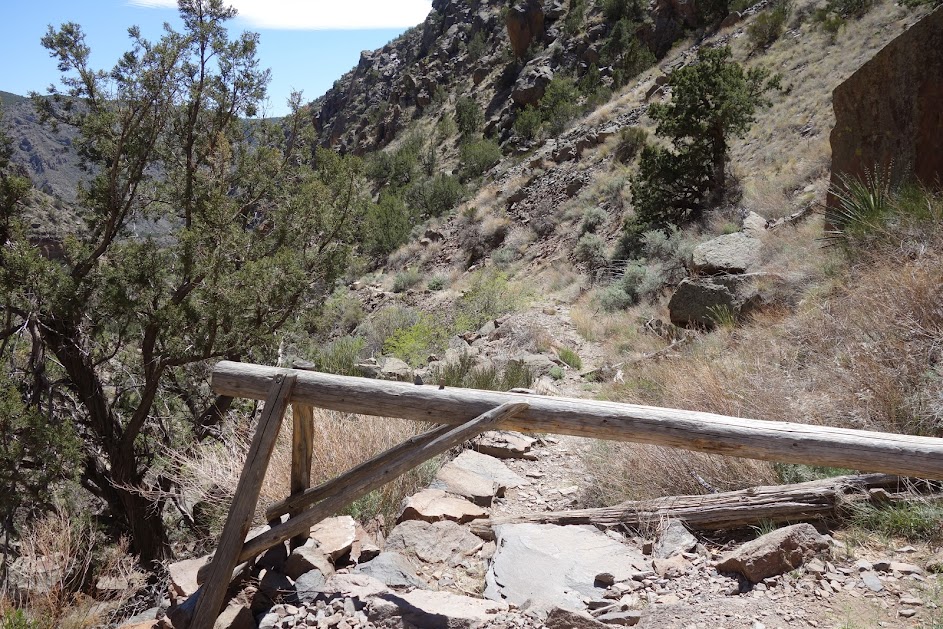 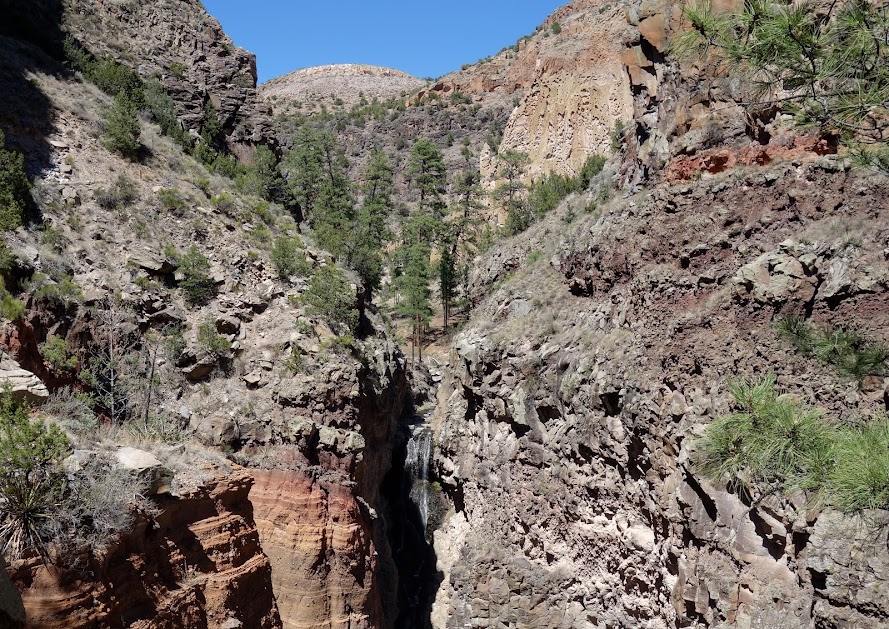 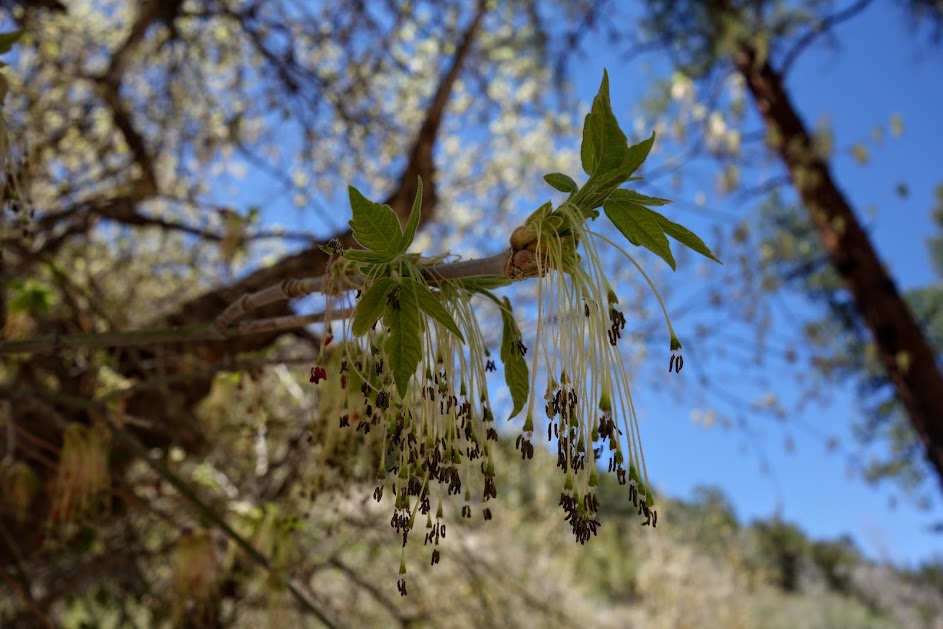 One thought on “NM – Bandelier National Monument . . . it’s all about the ancients and waterfalls”