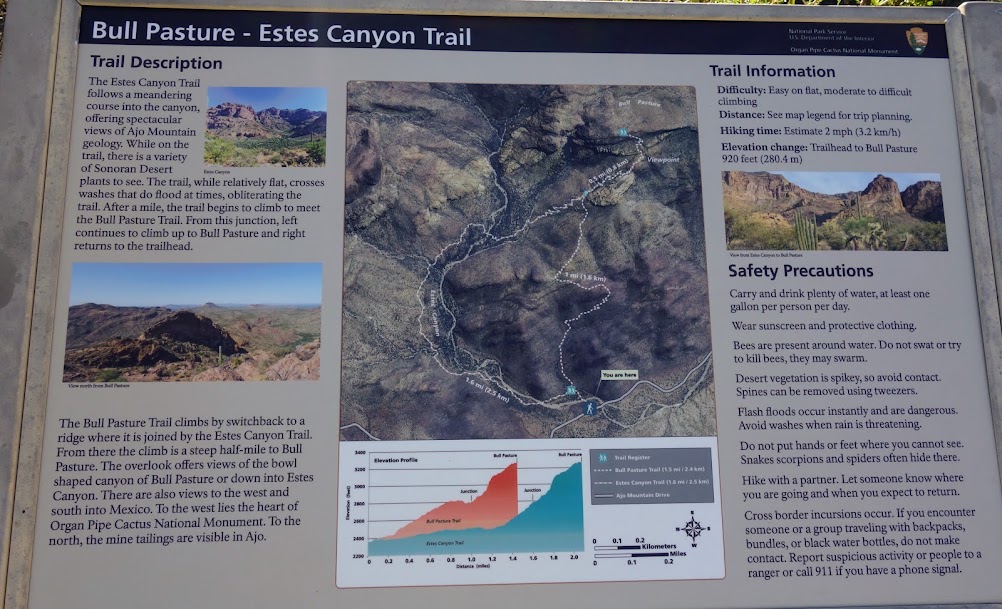 It’s the second day driving the 21-mile Ajo Mountain Drive loop. The previous day I’d hiked Arch Canyon and since I’d gone much further than planned, this hike got delayed by a day. When I reached Bull Pasture once again I couldn’t stop. 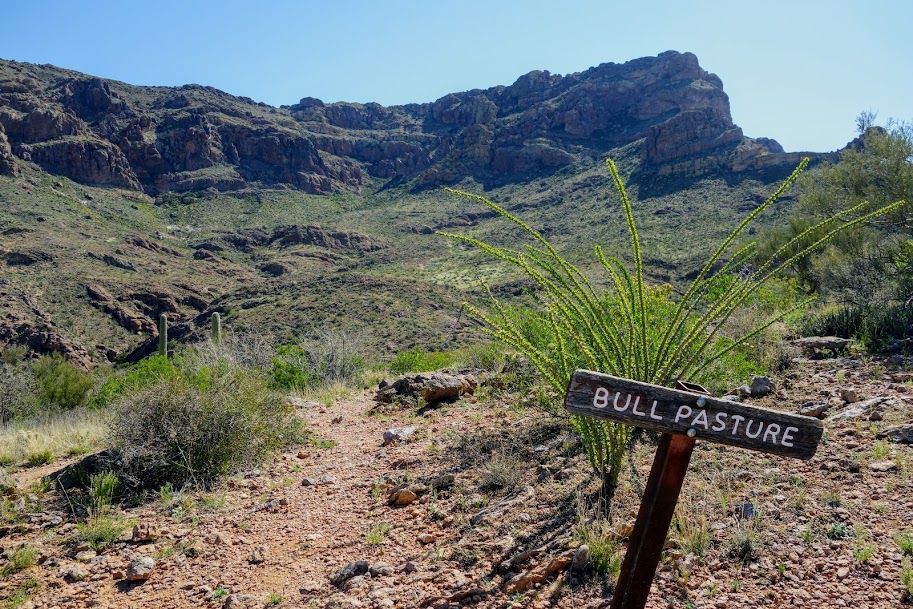 Looking toward Mexico and down at Ajo Mountain Drive. 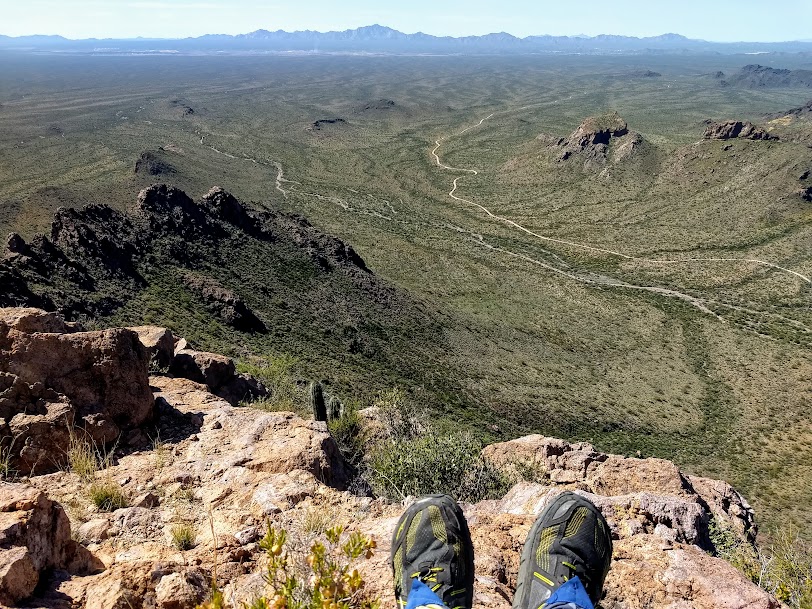 The Peak Finder App is so helpful. You can take a photo and align the named peaks. I was told you can also reach the summit off this trail. 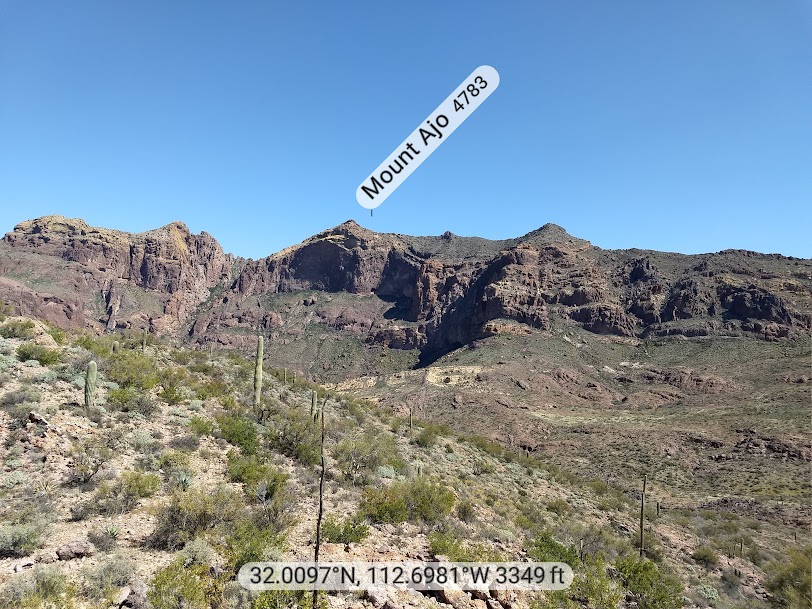 I liked looking down at the trail I’d hiked as well as the large rock outcropping. 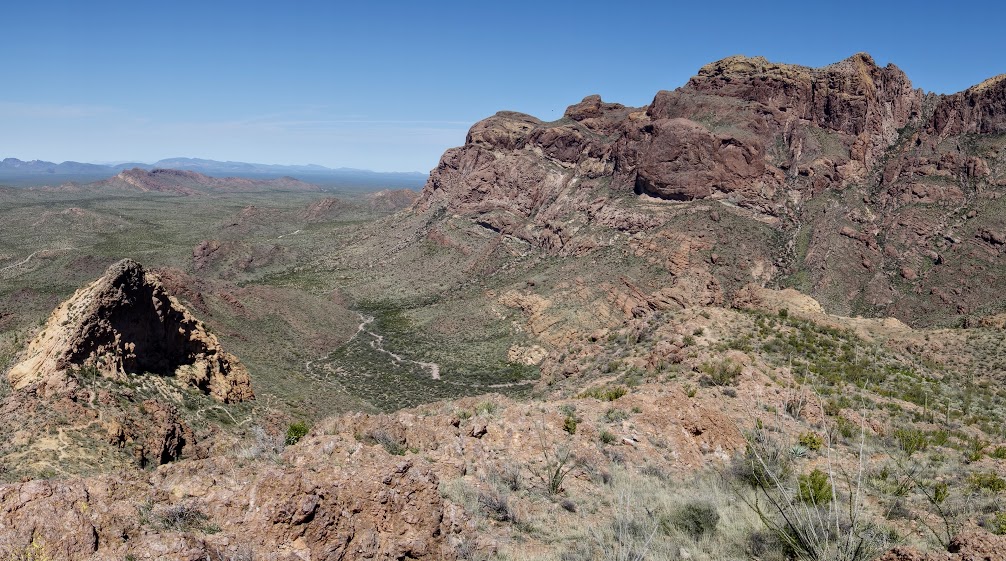 The colors of the rock mixed with the green vegetation was spectacular but I just wasn’t successful capturing with my camera. 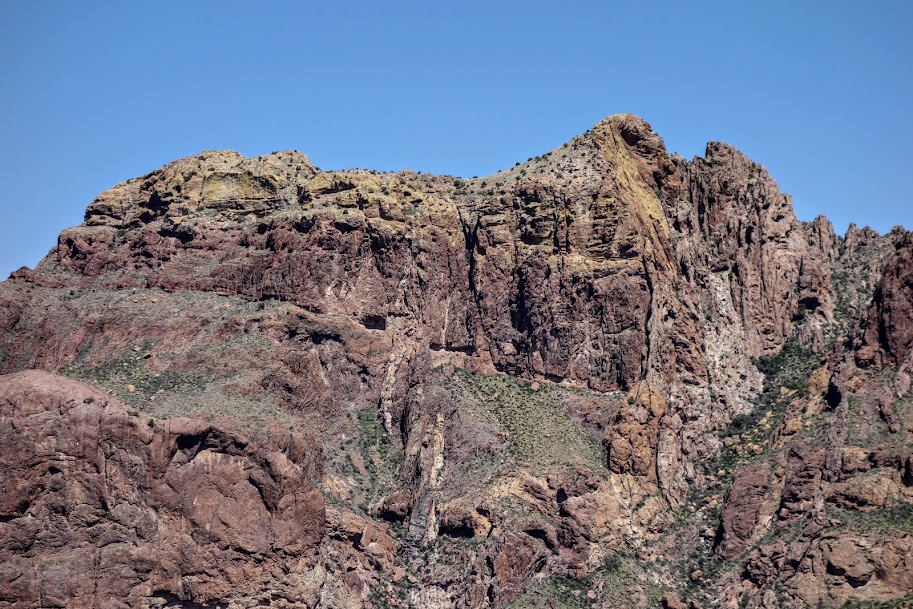 This is appropriately named Teddy Bear Pass . . . but make no mistake those cholla are NOT cuddly! 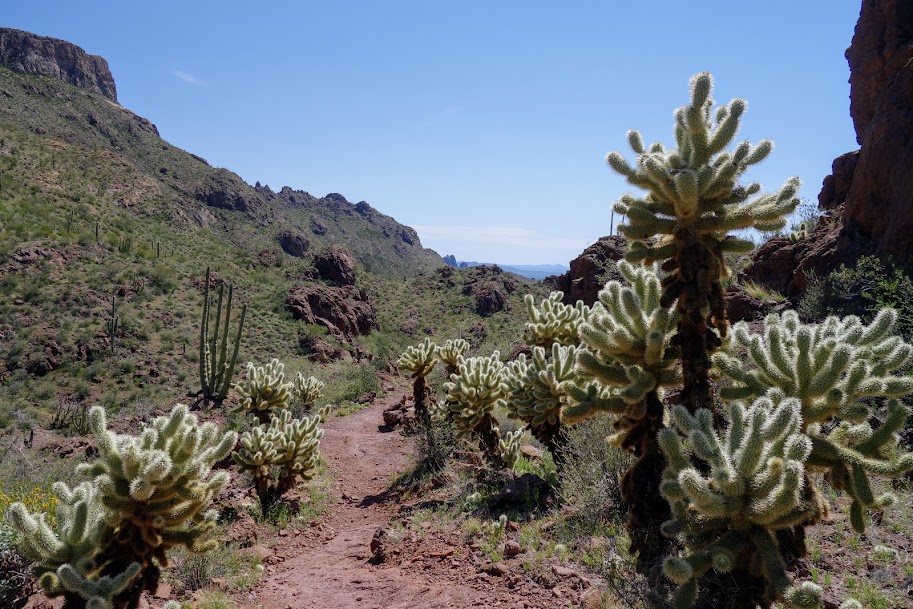 First of the season Fiddlenecks. 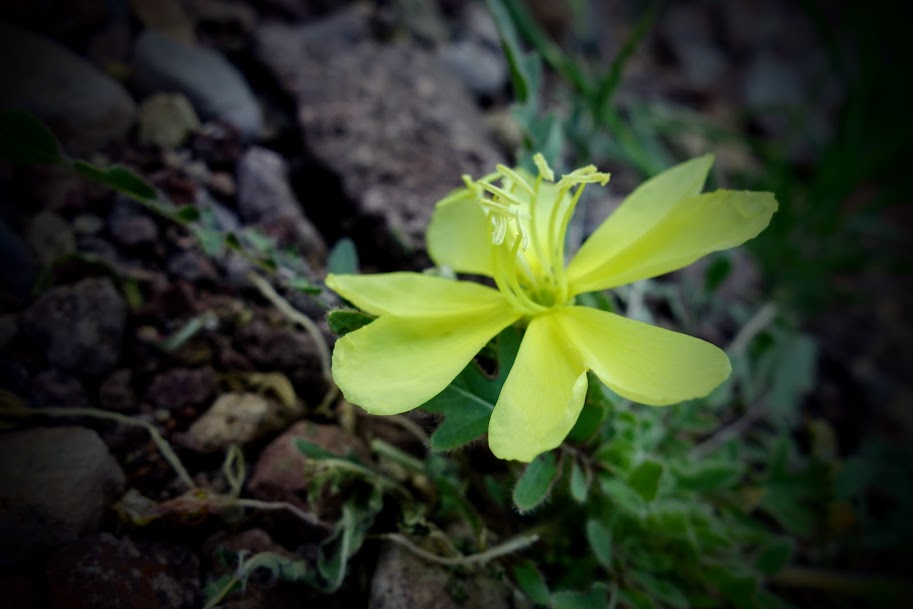 Not sure on this one, possibly a lupine or blue bell? 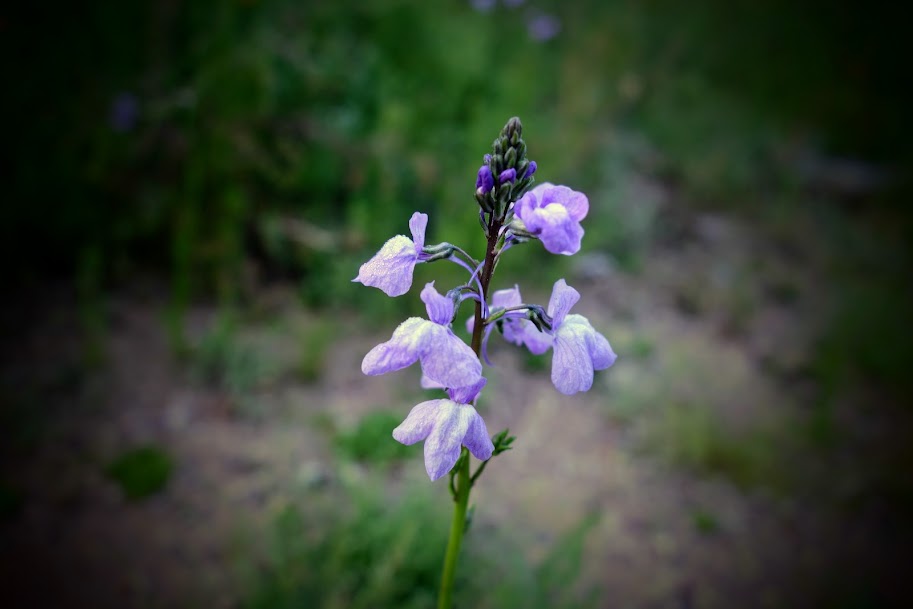 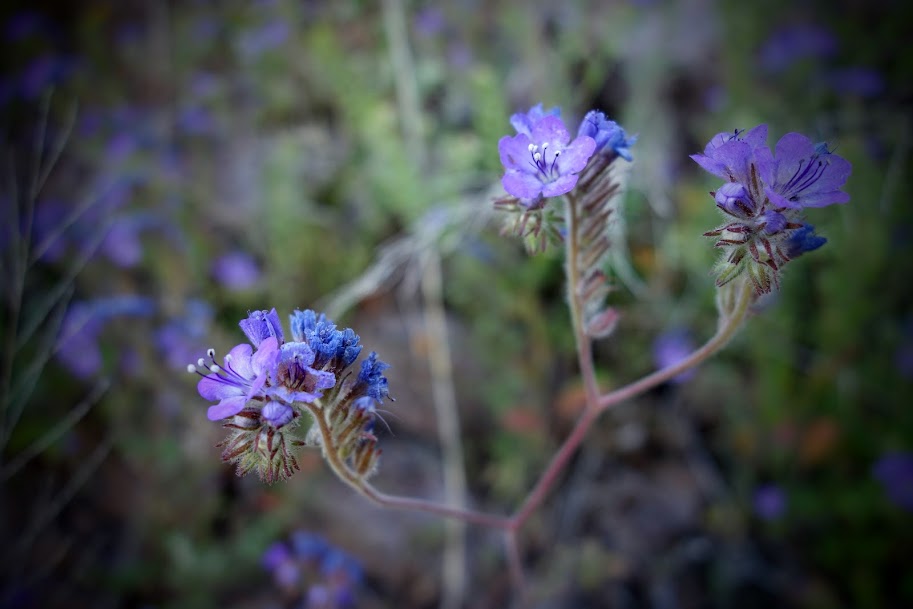 These are very similar to that pictured above. They are called Scorpionweed for a reason. They smell like onion and can leave you with a rash much like poison oak or ivy. The easy way to tell the difference is the yellow stamen. 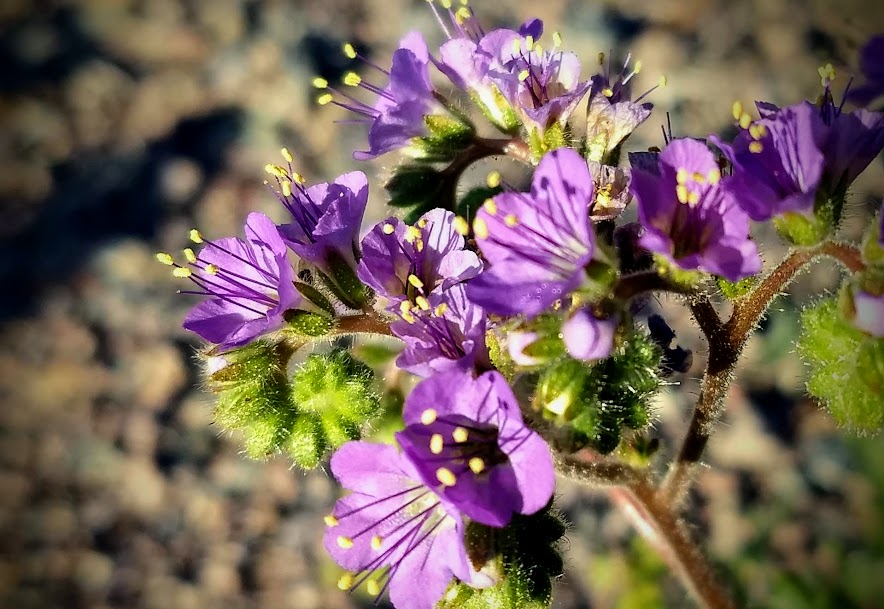 I’m intrigued with the juxtaposition of typical mountain flowers mixed with desert vegetation. 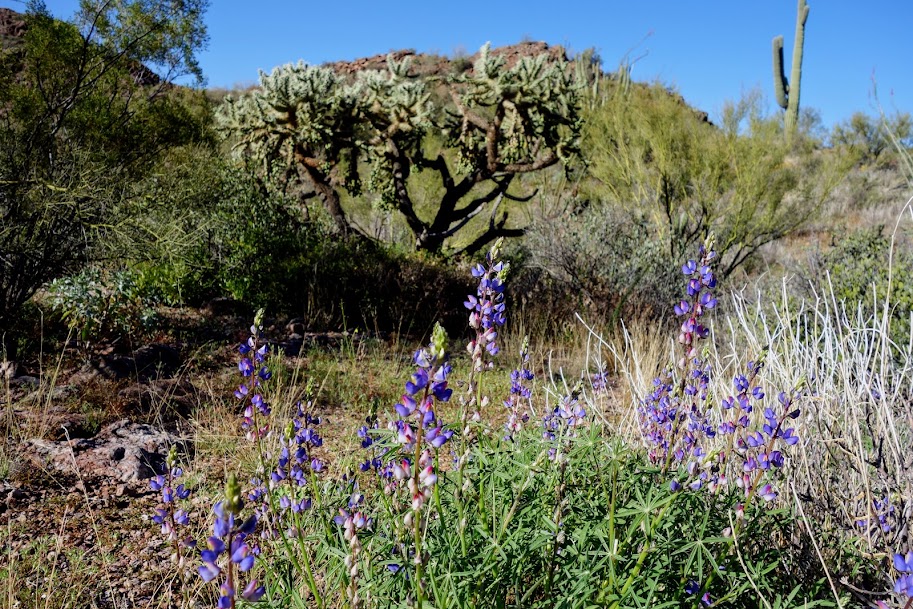 I found a large batch of monkey flower near a seep. 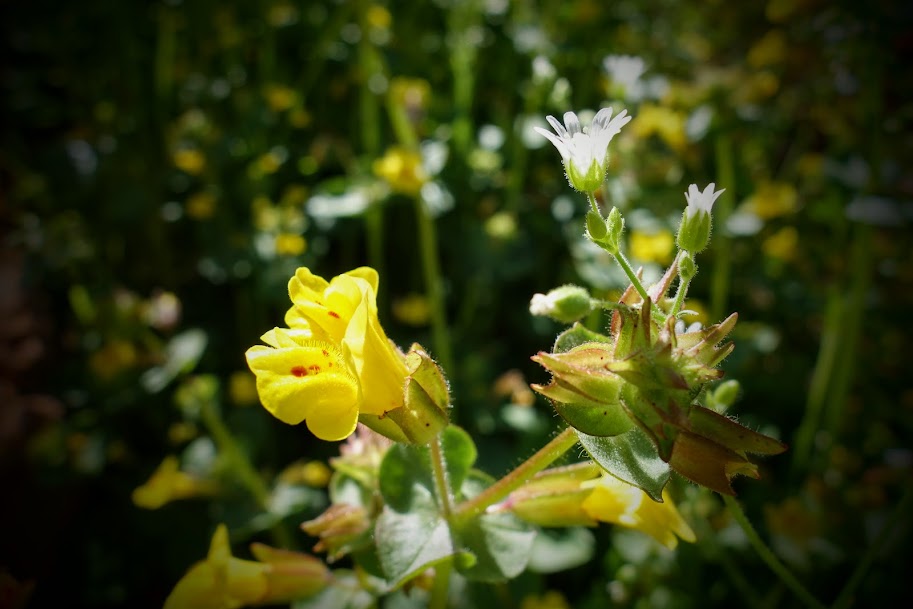 Look at all the babies on this organ cactus. 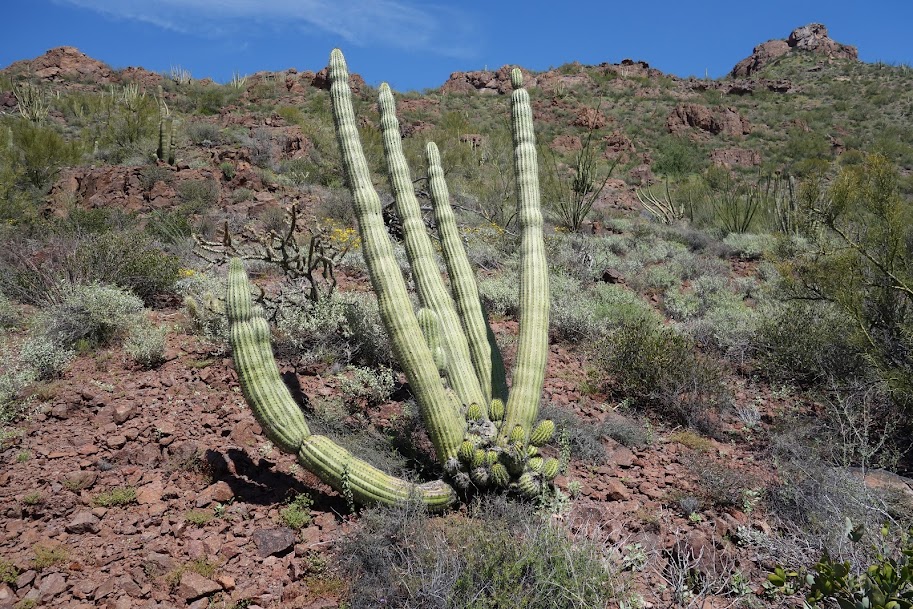 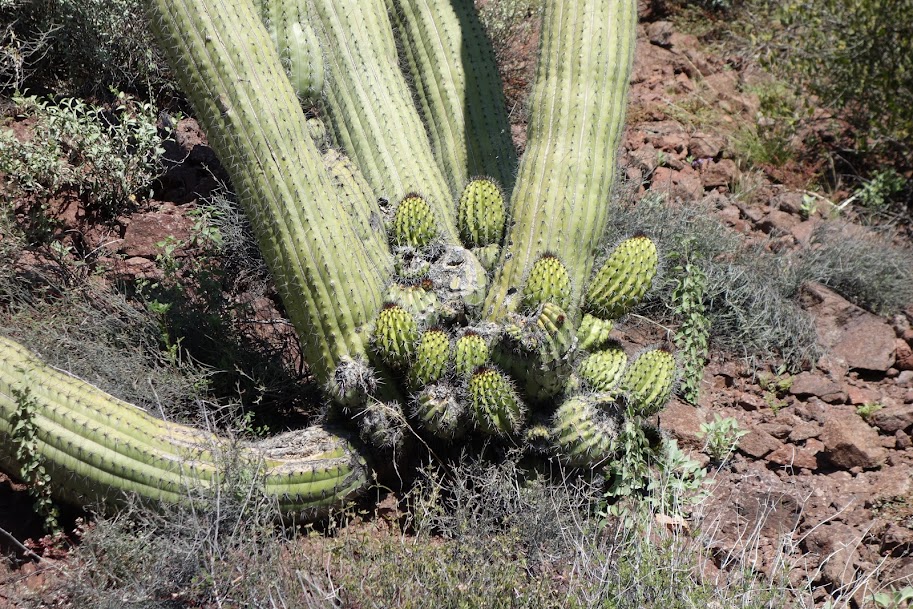 This looks like possibly a cat claw. Maybe I’ll forgive their pokey stems since they offer flowers in exchange. 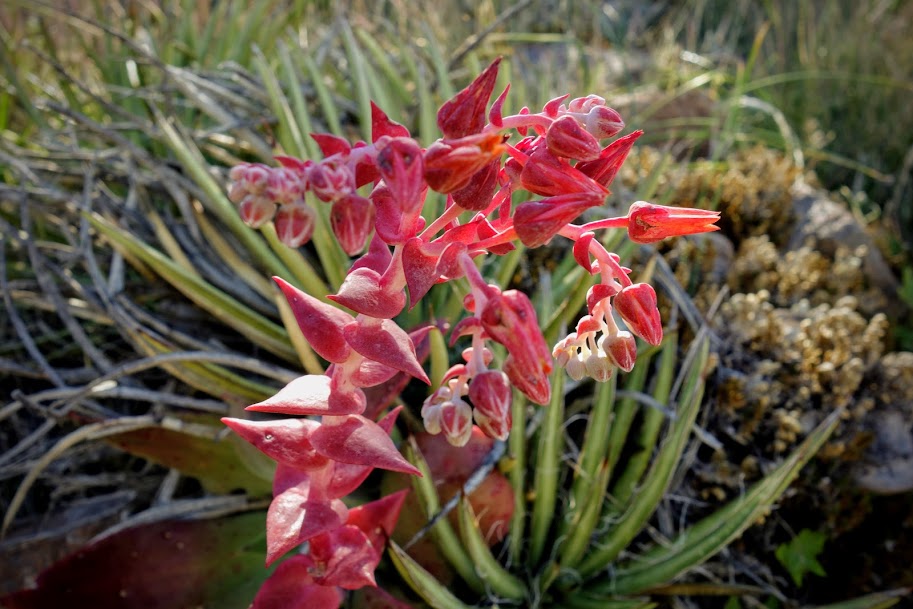 This 4.25 mile route took me 5 hours. It was less technical than the Arch Canyon route but still provided plenty of challenges with 1,200 feet of climbing. 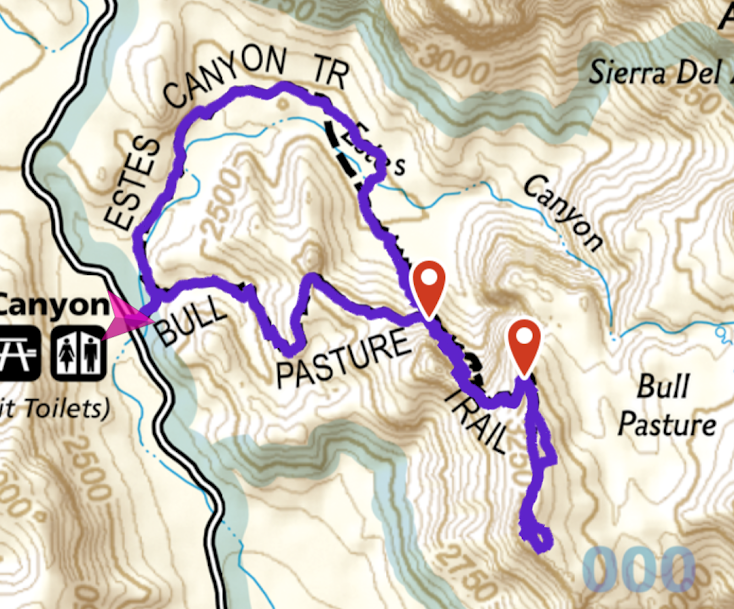 While driving the Ajo Mountain Drive loop, I found this orange heart on the mountain. Is it poppies? Is it natural or was it shaped? 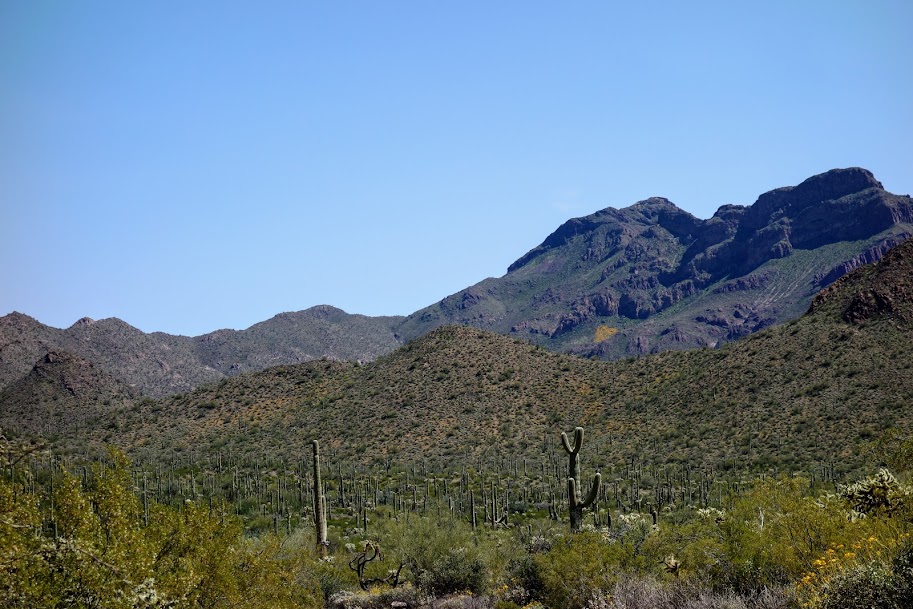 A few other reminders you are near the border with Mexico. 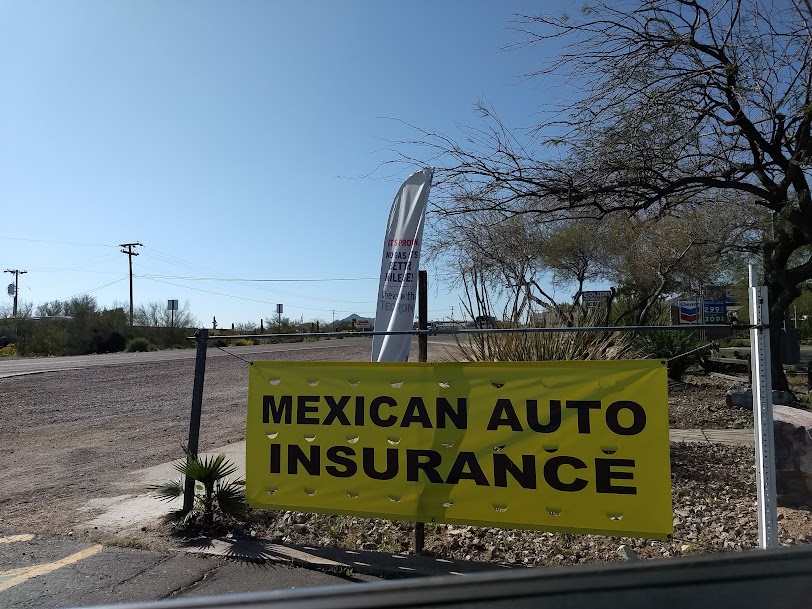 It’s time to run elsewhere. It’s getting much too hot for this gal. By the time you read this, I’ll consider these optimal temps. 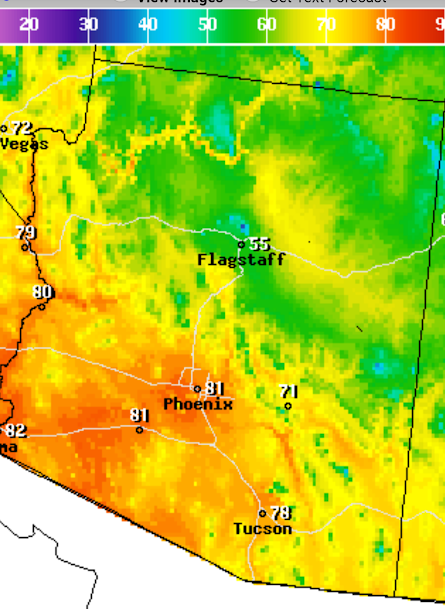