A wise man recently said, turn those lemons into lemonade. That’s exactly what I’m doing as I recover from a bout of tendonitis. Not far from Banff is Sunshine Village, a popular winter playground. In the summer, it provides ground zero access to alpine wilderness with lakes, wildflowers, mountain passes and in the autumn, larch leaf peeping opportunities.

You can drive to Sunshine Village, but to get to the Sunshine Meadows Trail Centre requires either a ride on the shuttle bus ($30 Canadian in 2016) or a 3 mile (5km) walk up the dirt road.  It was well worth the cost in my opinion. Experiencing larch season was on my fall bucket list. 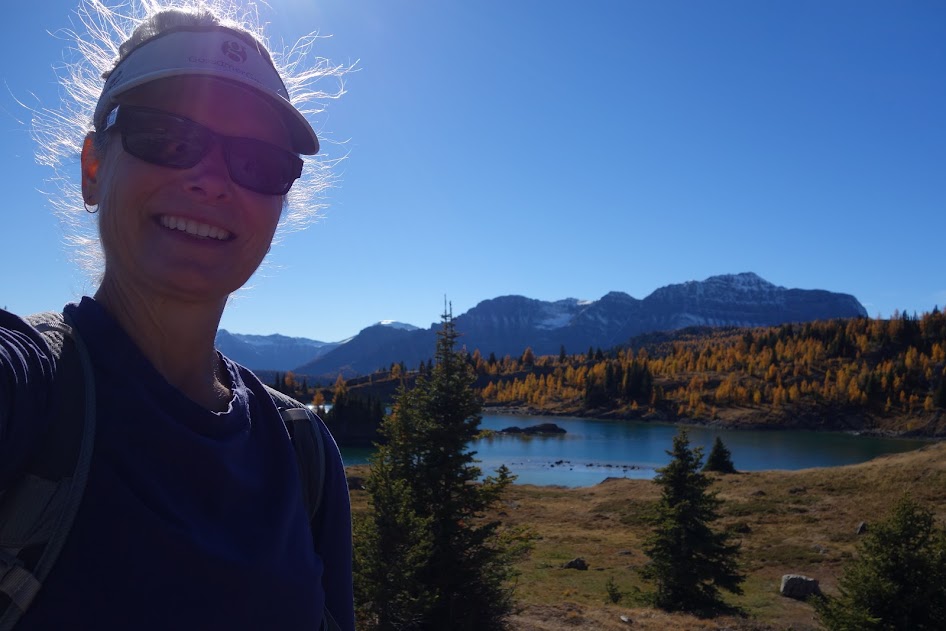 From Standish Viewpoint, I could see all three of the lakes in Sunshine Meadows. 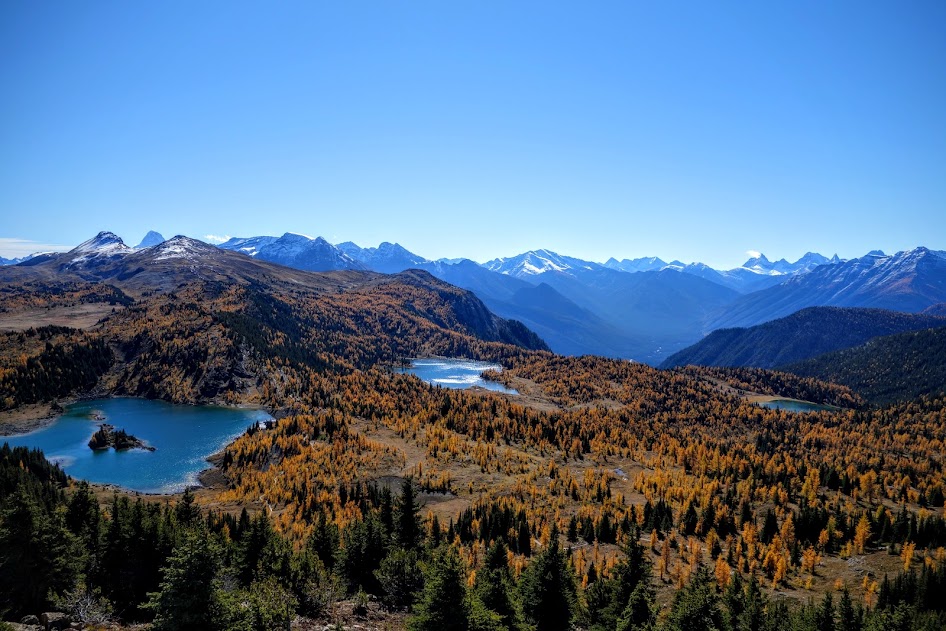 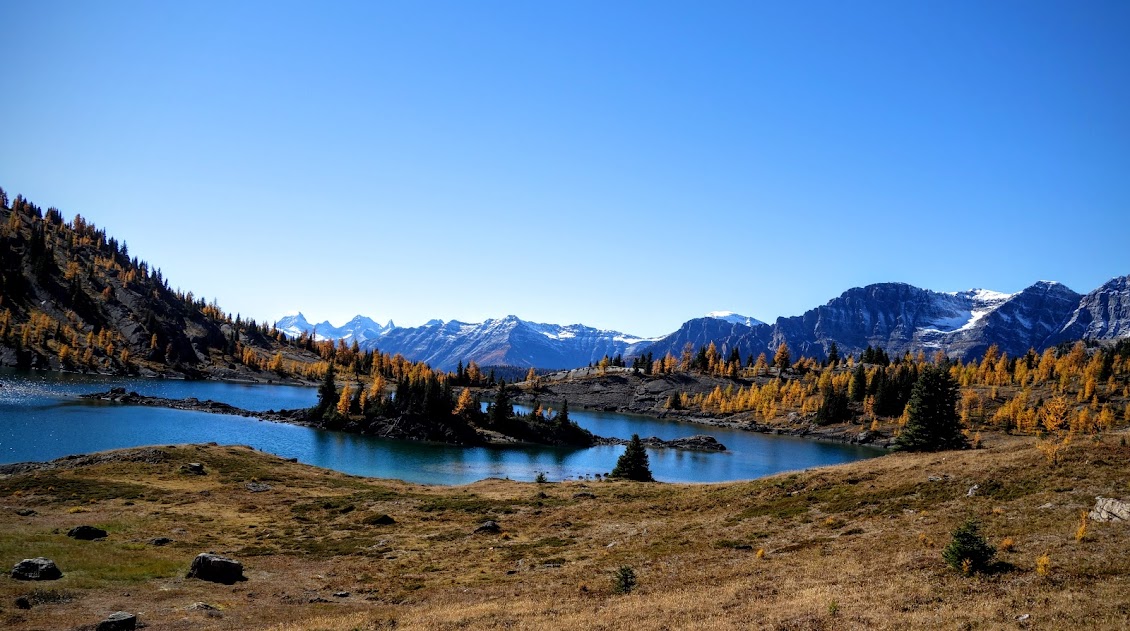 The trails are well groomed and signed. A free map is available at Sunshine Village and Sunshine Meadows. 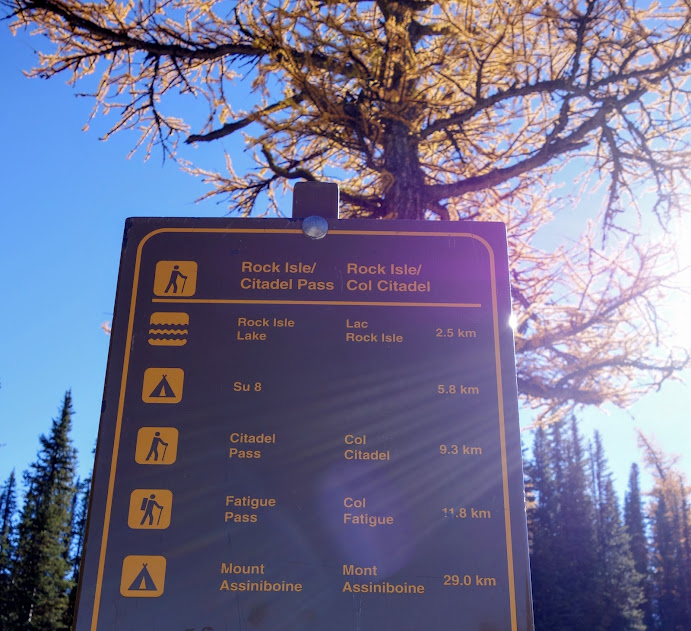 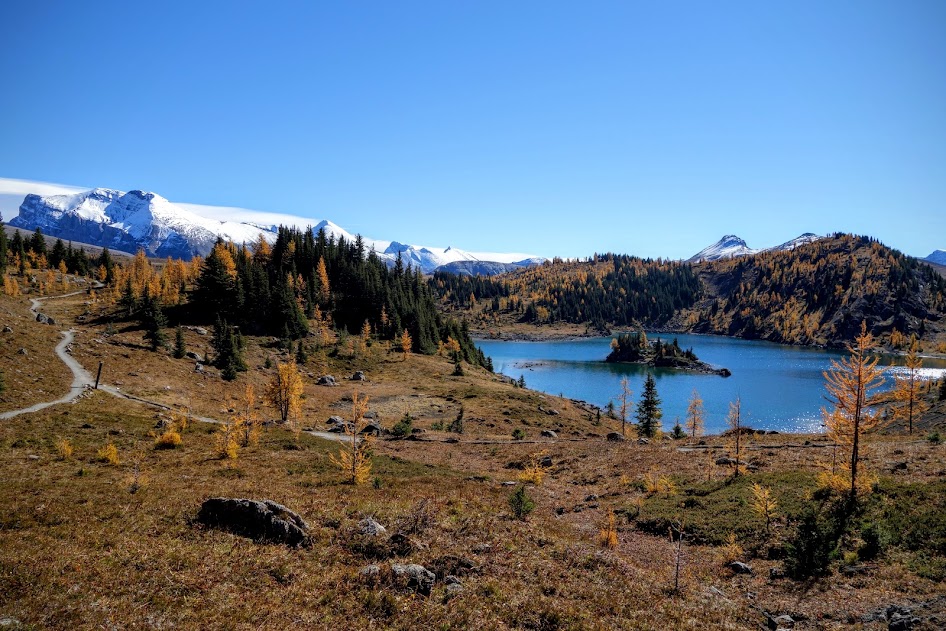 If you have limited mobility or time, it’s worth the less than one mile walk to Rock Isle Lake. 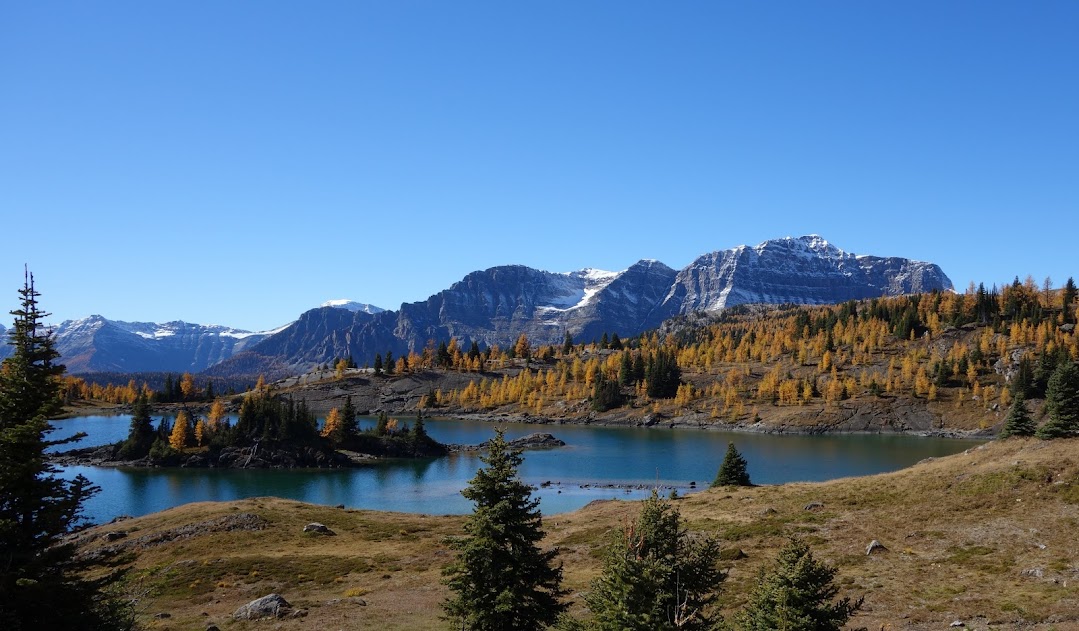 Larix Lake is the only one of the three with trail access surrounding the perimeter. The loop from Rock Isle to Grizzly around Larix and back to Rock Isle is a little over 2 miles. 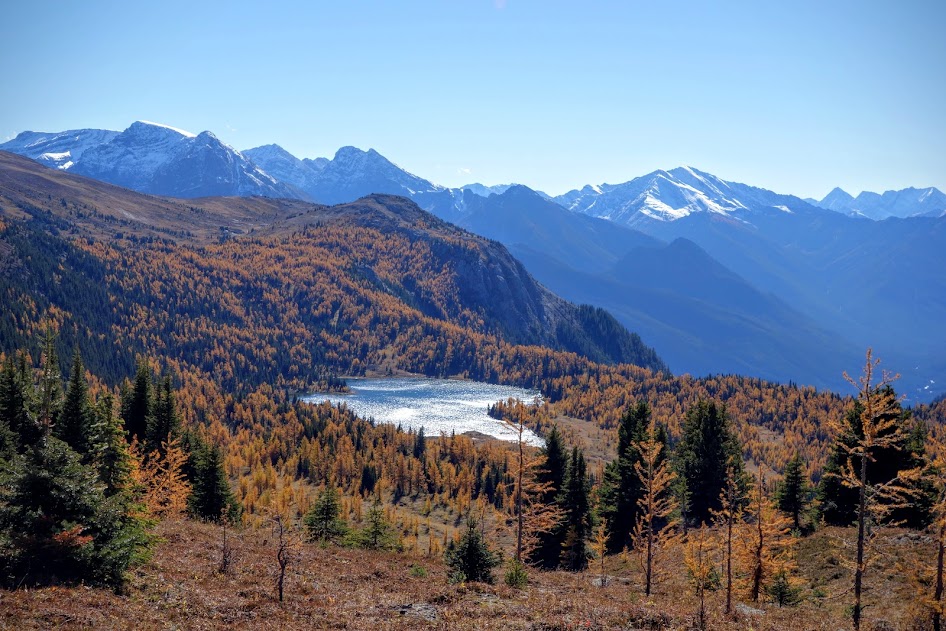 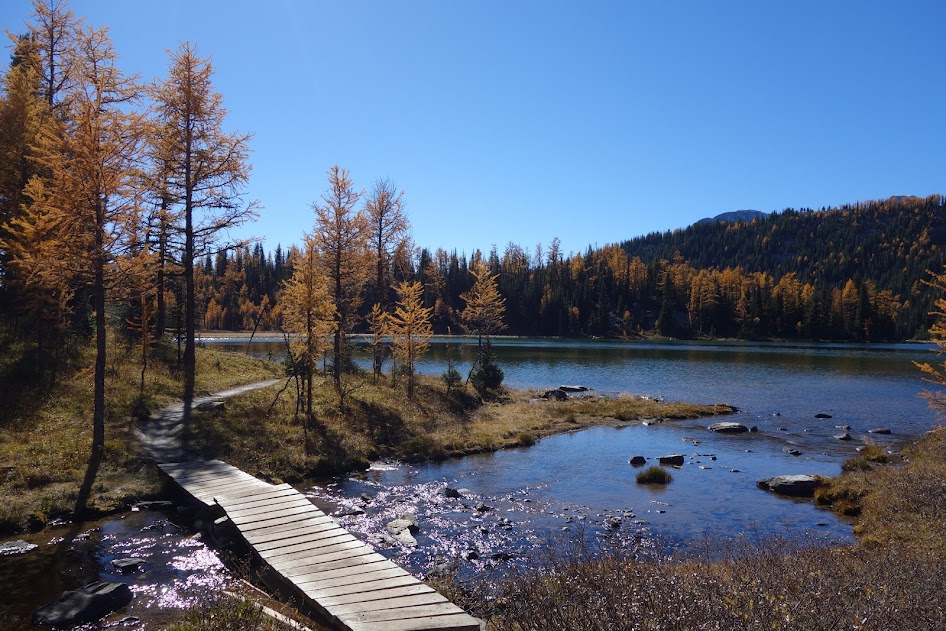 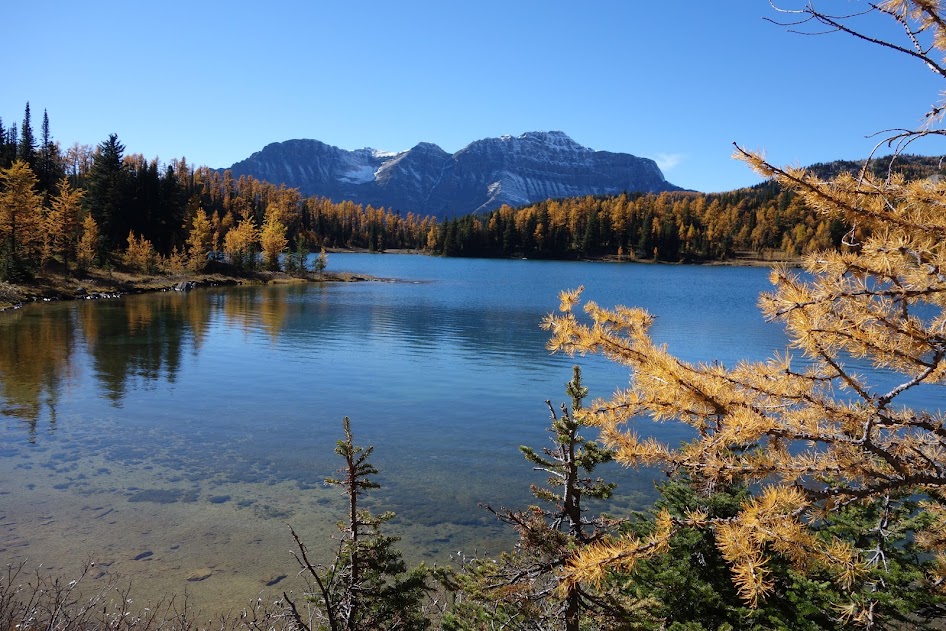 Many of the larch trees appear to be similar in size, but a few stand tall and grand above the rest. 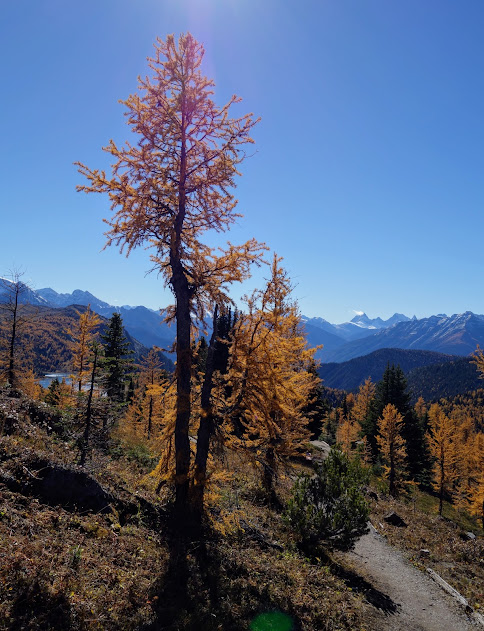 The needles of the larch trees. 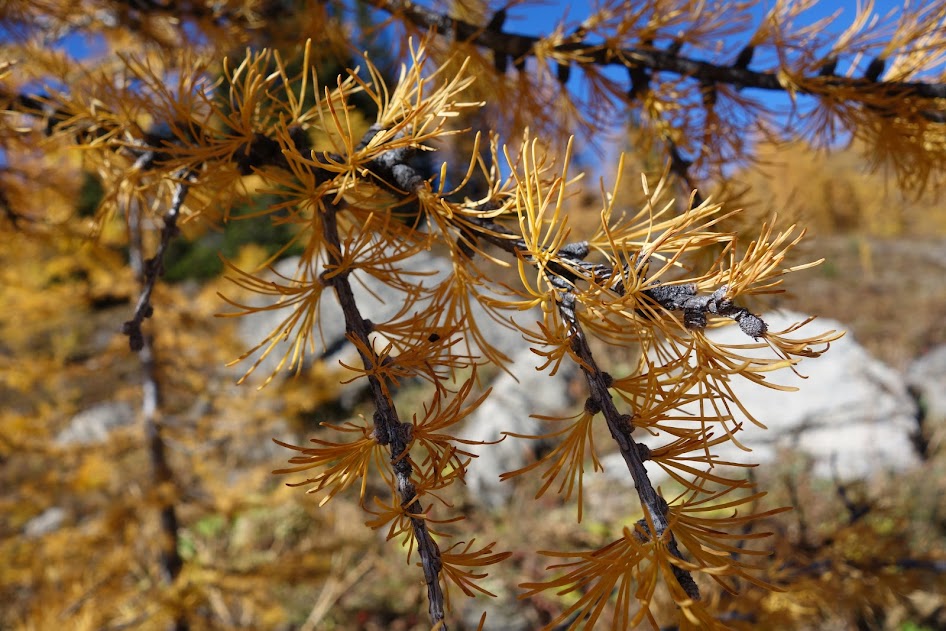 Walking among the trees, you could see the variety of colors depending on where they were in the process of losing their needles. 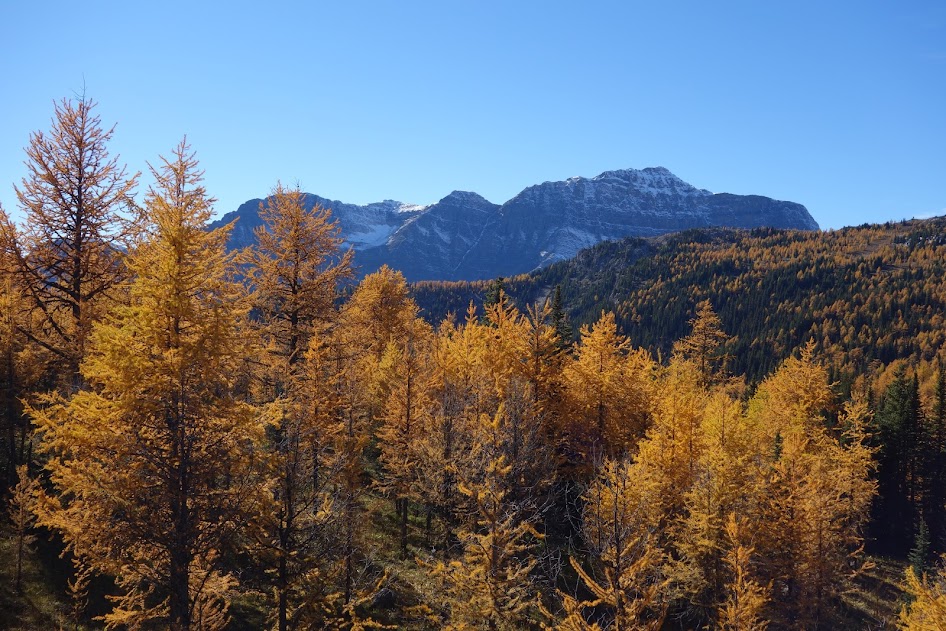 From Standish viewpoint, you can continue the few minutes to a ski lift mountain viewpoint. 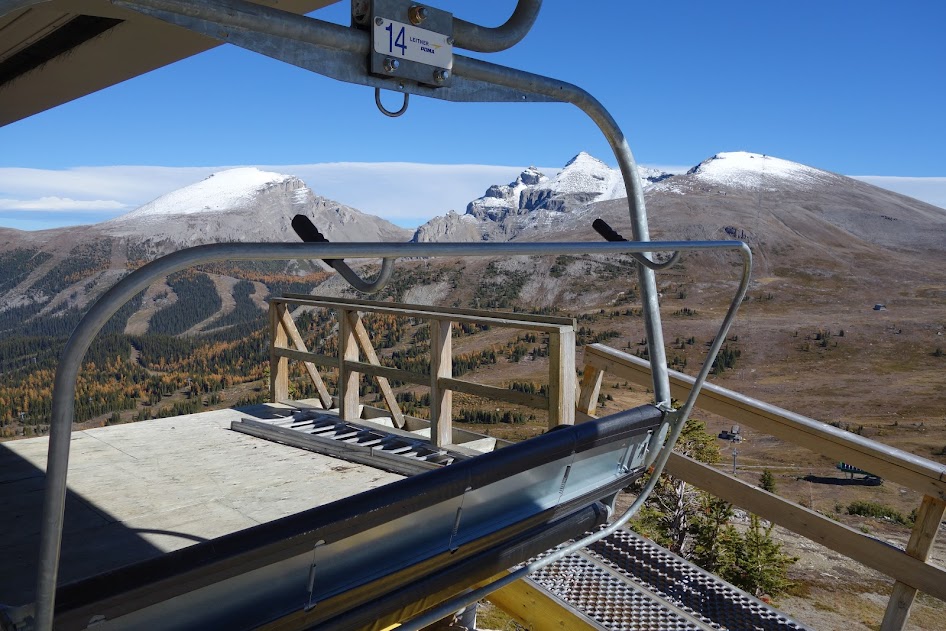 Near the chairlift is WiFi! 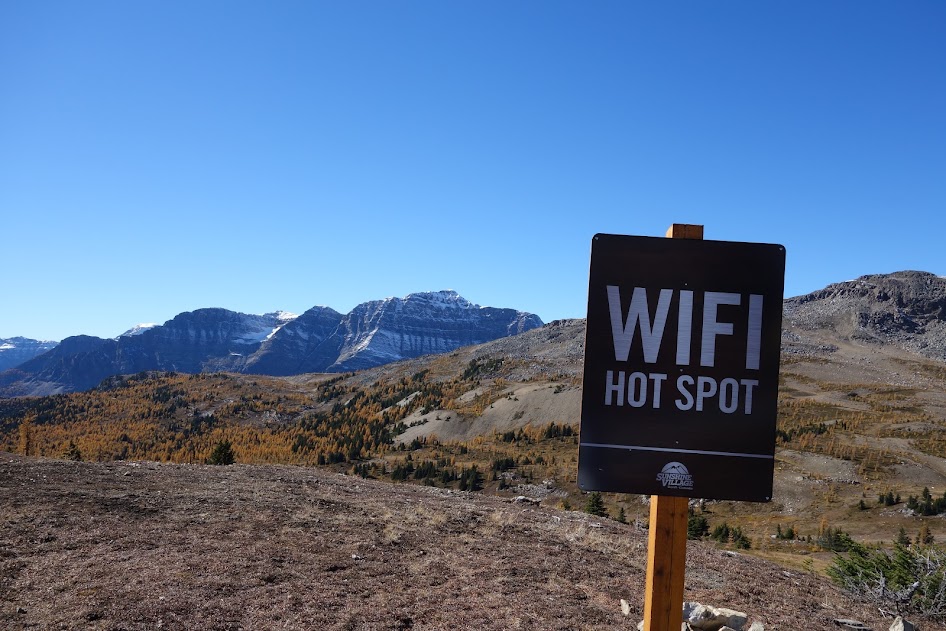 Bonus: You’ll be standing on the Continental Divide 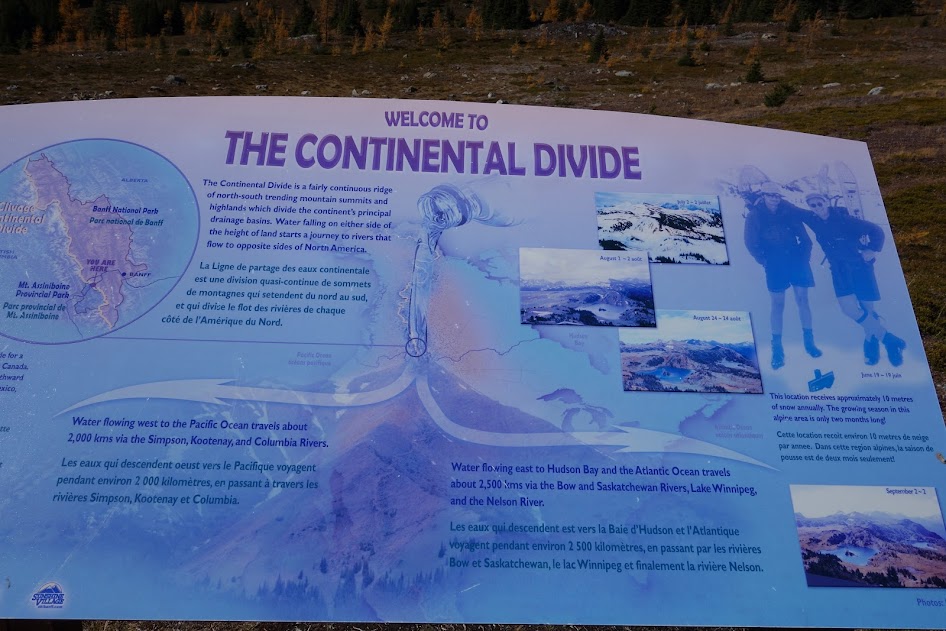 BEWARE: This sign was positioned about 1/4 mile from the end of the trail . . . but I’m calling it false advertising as the only food being served was a very limited selection in a refrigerator case, such as sandwiches, although the bar was open so you could grab a beer and sit in the sun on the deck. Oh well . . . 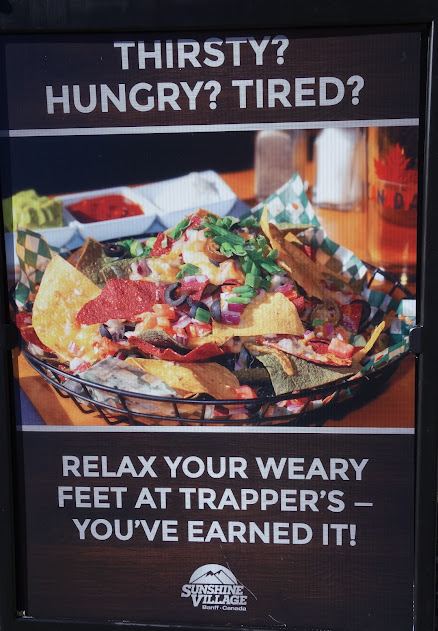 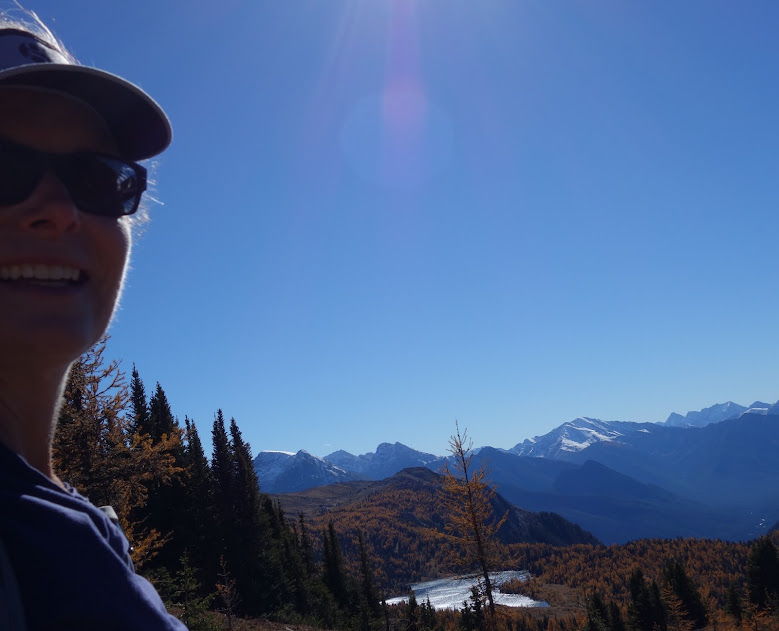